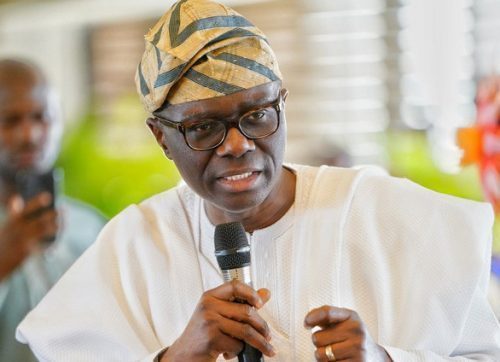 The Supreme Court on Wednesday affirmed the election of Governors Babajide Sanwo-Olu of Lagos, Abdullahi Sule of Nasarawa, Nasir el-Rufai of Kaduna and Emmanuel Udom of Akwa Ibom.
The apex court also upheld the election of Aminu Bello Masari of Katsina as well as governors of Ogun and Ebonyi States.
In an unanimous judgment, the Supreme Court held that the governors were lawfully and validly elected.
In affirming Masari’s election, the apex court agreed with the submissions of Lateef Fagbemi (SAN) that the first respondent, Bello Masari, was qualified for the March 9 governorship election.
The court also agreed with Fagbemi that the appellant did not challenge the basic qualification of the governor other than mere allegations of submitting false information to the Independent National Electoral Commission to clear him for the election.
Justice Mary Peter-Odili, who delivered the lead judgment, held that the appeal by Senator Yakubu Lado lacked merit.
Peter-Odili accordingly upheld the judgment of the tribunal and Appeal Court, which upheld the election of Masari as governor of Katsina.
The appeal of the Peoples Democratic Party governorship candidate in Nasarawa State, David Ombugadu, against the election of Sule of the All Progressives Congress was also dismissed for lacking merit.
The apex court, in its unanimous judgment, also held that the appeal filed by Isa Hashiru of the PDP in the March 9 governorship election challenging the victory of El-Rufai of the APC lacked merit.
The court upheld El-Rufai’s election.