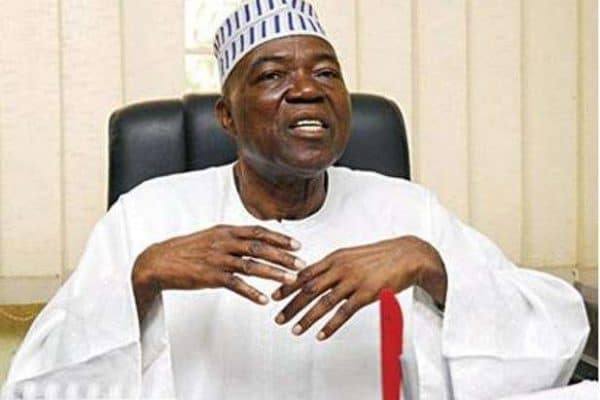 Supplementary poll: security agents must remain neutral – Useni
Gen. Jeremiah Useni (Rtd), the Peoples Democratic Party Governorship candidate and the current senator for Plateau South, has called on security agents to maintain neutrality during the March 23, supplementary governorship poll in the state.
Useni gave the advice on Wednesday while addressing newsmen in Jos.
He cautioned security agents who would be deployed to the 40 polling units in the nine local government areas for the supplementary election not to harass or intimidate electorate at polling units and collation centres but operate within the rules of engagement.
Useni claimed that voters were harassed during the March 9 elections in areas like Tudun Wada in Jos North Local Government Area.
He said: “I was saddened at the instance were security personnel who had absolutely no business with the elections, harassed some electorate who came out to cast their votes by asking them to lie down on the ground without committing any offence.”
Useni also claimed that civil servants and traditional leaders were being threatened to vote for the ruling party or lose their positions.
The PDP governorship candidate revealed that he was still very much in the race and when elected he would lead in the most responsible manner.
He revealed that his candidature was aimed at restoring the state’s lost glory, and called on the electorate to come out in their numbers to vote for him.
Responding to Useni’s allegations, Yakubu Dati, the state Commissioner for Information, described it as laughable.
Dati said that the PDP was just looking for excuses having known that they have lost out in the election, because where the supplementary election would hold are our “very strongholds”.
He said: “How would PDP accuse this government of commandeering the various security agents into such nefarious act.”