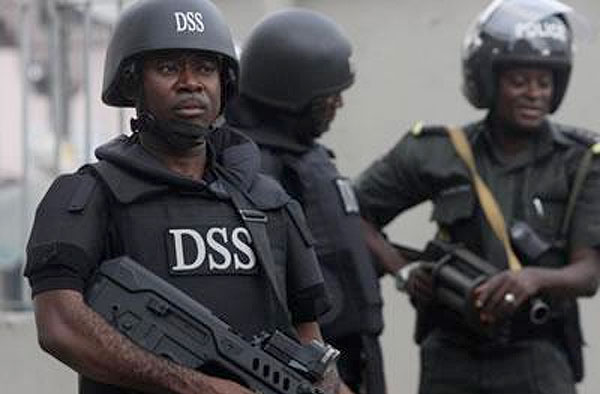 A senior editorial staff of the Sun newspapers, Nwosu Ihenacho, was on Wednesday arrested by operatives of the Department of State Services at the venue of the ongoing National Conference in Abuja.
Ihenacho, the Politics Editor of the Sun, was arrested by the DSS operatives over a story detailing a scuffle between policemen and men of the DSS at the venue of the National Conference.
He was picked up by the operatives shortly after the commencement of plenary.
The DSS described the story as false.
However, Ihenacho stood by his story.
He said the scuffle occurred based on a disagreement between the DSS operatives and policemen over how journalists conduct themselves while covering the National Conference.
Ihenacho backed his position with photographs.
The leader of the DSS team, realising that they had lost the battle, pleaded with the Sun senior editorial staff on the development, saying that he ought not to have published the story as it could have negative impact on security agencies.
He was then allowed to go.
A delegate to the conference and former Chairman of the Nigerian Union of Journalists, Lanre Ogundipe, raised the issue when plenary resumed.
Ogundipe demanded to know why security operatives should want to prevent journalists from doing their jobs at the conference.
The Vice Chairman of the conference, Prof. Bolaji Akinyemi, promised that the leadership would look into the matter.
Akinyemi, who immediately sent a security detail to find out the position of things, said the issue had been resolved.
He added: “They (journalists) will do their job without impinging on the way we are protected.”