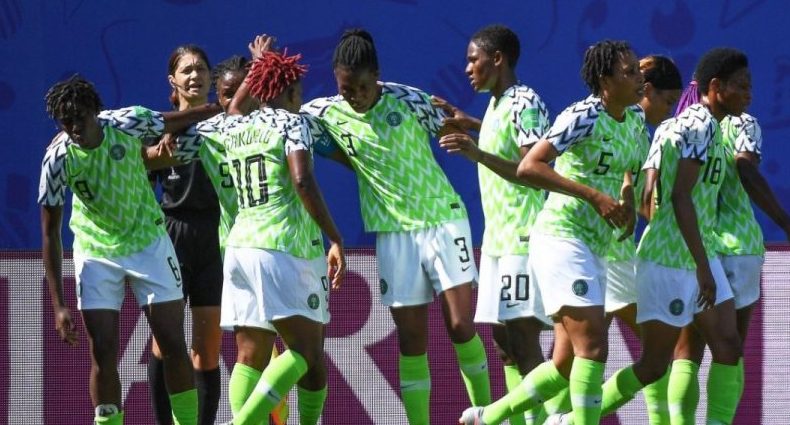 African champions Nigeria showed they are no pushovers despite losing by two goals to four-time world champions and four-time Olympic champions, United States of America, in the last game of the 2021 Summer Series at the admirable Q2 Stadium in Austin, Texas, USA on Wednesday.

Time difference meant the game started 2am Thursday in Nigeria.

The Super Falcons lost their opening game of the Series to the Jamaicans by a lone goal on June 10 and had to come from behind to muscle a 3-3 draw against Portugal in the second match three days later.

Both games took place in Houston, also in the State of Texas.

The Falcons were up against a US Women National Team that had not lost in dozens of matches and could not readily remember the last time they conceded a goal.

Nigeria’s Head Coach, Randy Waldrum, made only one change from the pulsating draw with Portugal on Sunday, with Esther Okoronkwo taking the place of new discovery Ifeoma Onomonwu.

Christian Press scored the Americans’ first goal in time added-on in first half with an assist from Carli Loyd.

The goal came after several brilliant saves by Super Falcons’ number one Tochukwu Oluehi, who was kept very busy in the opening half.

In the second half, Waldrum introduced Akudo Ogbonna, Charity Adule and Gift Monday at different times to rejuvenate the play of the nine-time African champions, but this effort did not curtail the high-octane stance of the American girls.

Heavy pressure eventually told as Lynn Williams got the second goal, with an assist from Press.

“I am enamoured by the professionalism of the players and their courage even when they are on the backfoot. They played very competitively against the best team in the world and I am extremely proud of them,” Coach Waldrum said at the end.

It was the first-ever international friendly between both countries.

The USA had only ever played one African country: South Africa’s Banyana Banyana, at friendlies’ level.

Waldrum, who led the Super Falcons to three wins out of three in his first tournament in charge with the team in Turkey in February, believes the Summer Series have been useful in the discovery of new legs in the absence of a number of tested internationals, and exposure to top quality opposition that the team could confront in major championships.

He said: “The Summer Series have come at a good time for us, as we were able to see a number of new players. The girls also came up against strong teams and did not fare badly. Lessons have been learnt and I am delighted with our performance and general attitude on and off the pitch.”