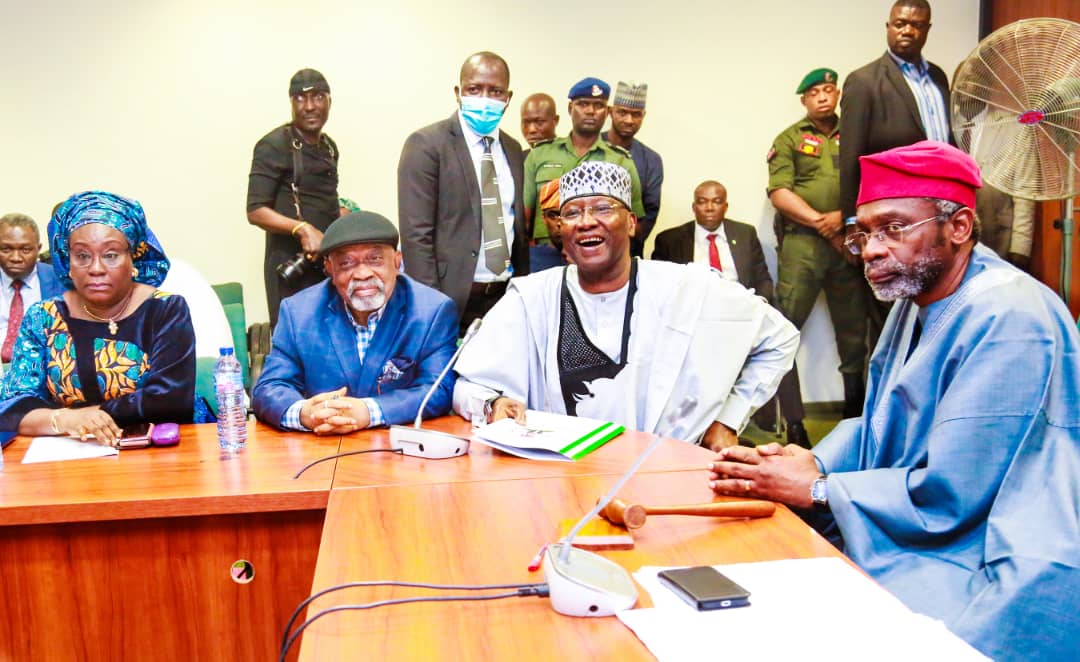 The leadership of the House of Representatives will seek an audience with President Muhammadu Buhari on the resolution of the ongoing face-off between the Federal Government and the Academic Staff Union of Universities with the outcome of its interactions with stakeholders in the dispute, Speaker Femi Gbajabiamila said on Thursday.

This is as the office of the Accountant General of the Federation revealed its readiness to accommodate issues of concern to ASUU over the payment platforms, Integrated Payroll Personnel Information System and the University Transparency Accountability Solution (UTAS) that constituted a major part of the issues that led to the strike.

According to the Speaker, the leadership, in the next couple of days, will put up a report of its interactions with key stakeholders in the dispute and come up with recommendations that will enable the President to view the issues at stake from an informed second option.

Speaking at the last meeting of the House leadership with stakeholders, Gbajabiamila said the information gathered from the extensive interactions would assist the leadership in arriving at fact-based recommendations for the resolution of the crisis.

Also present was the delegation from ASUU led by its President, Prof. Emmanuel Osodeke.

Saying that the interest of the children that had been at the receiving end of the trade dispute should be paramount, Gbajabiamila appealed to both sides to give in and make concessions from their initial demands.

He said: “We will put together our recommendations and our thoughts and take it to Mr. President, that’s why we are here to interface and look for solutions.

“We can’t be against and I’m speaking specifically to ASUU, we did not say because the court has given judgment, that’s the end of our conversation.

“In spite of the court judgment, we are still looking for solutions, we didn’t even address it here, I don’t want to address it.

“Otherwise, we could’ve said, if the court has given judgment, I don’t know if there’s a stay of execution, I don’t know.

“For me, I’m happy with the solution on UTAS, no victor, no vanquished, everybody is being carried along.

“For the sake of emphasis, the House is pleading with you, let’s put all interests aside and look at the interest of our children.

“The white paper we told you we’ll get, the letter is here, it’s now waiting for the President’s final approval.

“On revitalisation, I asked the DG Budget here if provision has been made in the budget.

“We made a promise to you, and we are staying by that promise.

“Regarding the issue of UTAS, you said you haven’t seen the report; we have it here, so we’ve been working for you.”

During the interactions, following questions from the Speaker, the AGF, Okolieaboh revealed that his office was ready to accommodate issues of concern to ASUU over salary payment if that would bring the crisis to an end, while the Director General of the NITDA also disclosed the readiness of the agency to continue the integrity test on the payment platforms.

Speaker Gbajabiamila assured the striking lectures that the House leadership would invite the ASUU leadership following the outcome of the meeting with the President as soon as it was held.

“When we make our recommendations, we are going to meet with Mr. President and interface on your behalf,” he assured them.