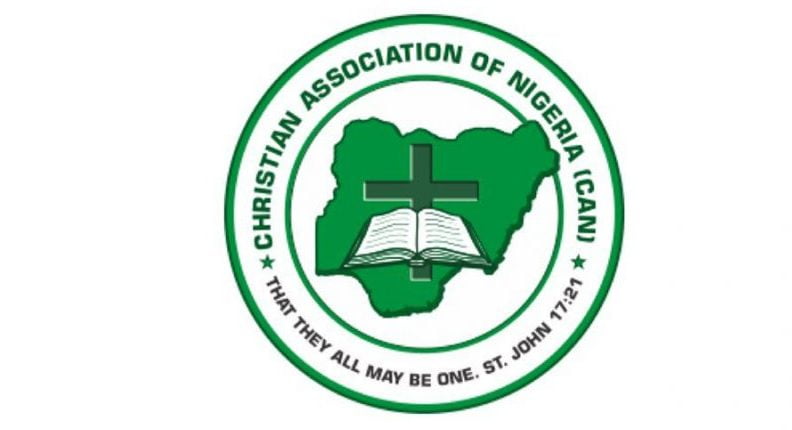 The Nigerian Supreme Council for Islamic Affairs (NSCIA) has accused the Christian Association of Nigeria of mounting a “campaign of calumny” over the shortlisting of 20 Justices-designate of the Supreme Court by the Federal Judicial Service Commission.

In a statement signed by its acting Director of Administration, Haruna Zuberu Usman-Ugwu, the NSCIA accused CAN of harbouring morbid hatred for Islam and Muslims, and has a predilection for heating up the polity anytime a Muslim is at the helm of affairs in the country.

It said the instant case is not different, as CAN is griping over what it perceives as marginalization of Christians in the shortlisting of the Supreme Court Justices-designate.

The council’s statement reads: “The grouse of CAN, as amplified by some hagiographers masquerading as opinion leaders, is that 13 of the 20 recently shortlisted Justices are from the North and are Muslims. Though the President of the Court of Appeal, Justice Monica Dongban-Mensem, on her honour stated unequivocally that the procedure of the appointment followed “due and usual process” and that the recommendation “was done without any preference for tribe, creed or association”, mischief makers, ethnic jingoists and religious bigots resorted to blackmail.

“In venting their spleen against the development, CAN especially and its apologists choose to ignore the fact that Muslims are a minority in the religious composition of the Court of Appeal. In a statement filled with bile and bigotry, the so-called religious body expressed its “feelings of sadness, disgust and anger at the insensitivity demonstrated by the FJSC in compiling the list. It seems undeniable that the recklessness displayed by the FJSC suggests a steady and gradual descent into a process of Islamising the Judiciary of Nigeria.

“The unassailable truth is that Justices of the Court of Appeal (JCAs) are 70 but the North with 19 states has 34 while the South with 17 states has 36. The South thus has more JCAs than the North.

“Meanwhile, out of the 36 JCAs from the South West (where Muslims are a majority), South East and South South (in both of which Muslims have considerable indigenous populations), all the JCAs are Christians except for Justice Habeeb Adewale Abiru of Lagos State and Justice Mistura Bolaji-Yusuf of Oyo State. But in the three geo-political zones of the North where Muslims are predominant, there are 34 JCAs out of which 15 are Christians.

It described CAN’s allegation of marginalisation as “a blatant lie, a deliberate distortion and a devilish strategy of shedding crocodile tears or crying while flogging Muslims with bare-faced oppression and systemic repression in Nigeria.”

It said: “Though religion preaches love, honesty, sincerity, tolerance, good neighbourliness and kindness, among other virtues, CAN has succeeded in creating a Nigerian version of Christianity which is anchored on morbid hatred, undisguised dishonesty, caustic insincerity, religious intolerance, perennial hostility and outright wickedness.”

The NSCIA insisted that it is the same strategy underpinning the needless outcry that trailed the use of hijab in Kwara State and elsewhere.

It therefore advised Muslims in Nigeria to be circumspect in being dragged into the ethnic debate of some states to be created out of Nigeria by those it described as “irredentist agitators,” saying it is clear that it is a design to further repress Islam and oppress Muslims in the South and turn them into second class citizens in their own fatherland.

“It is against the backdrop of the foregoing that the Nigerian Supreme Council for Islamic Affairs (NSCIA) reiterates its earlier call that the Federal Government should urgently conduct a full-scale religious census of the entire workforce of its Ministries, Departments and Agencies (MDAs). The statistics would be helpful as it would reveal the states of origin and religious affiliations of the Nigerian workforce.

“Muslims can no longer tolerate the psychological terrorism of those whose stock-in-trade is campaign of calumny and bigoted propaganda anytime a Muslim happens to be at the helm of affairs in Nigeria,” it said.