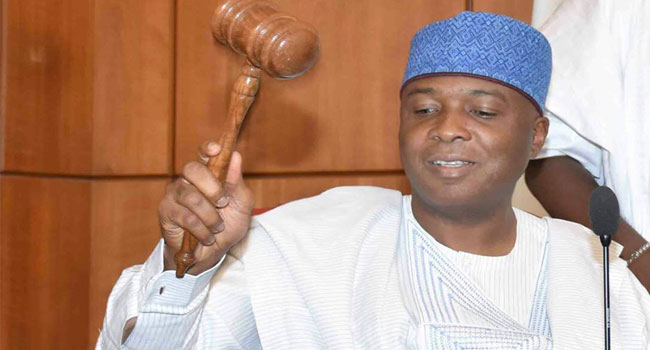 The Senate on Tuesday referred the report of Senate Panel investigating the invasion of the Senate’s wing of the National Assembly and stealing of its mace to the Senate Committee on Ethics and Privileges for consideration.
The President of the Senate, Dr. Abubakar Bukola Saraki, made the announcement at the resumption of plenary on Tuesday.
Saraki had named members of the committee set up to investigate the invasion of the chamber and theft of the mace by suspected thugs on April 18, 2018.
Members are the Deputy Majority Leader, Senator Bala Ibn Na’Allah (Chairman); Chairman, Committee on Judiciary, Human Rights and Legal Matters, Senator David Umaru; and Chairman, Committee on Ethics, Privileges and Public Petitions, Senator Samuel Anyanwu.
Others are senators Gbolahan Dada, Shehu Sani, Usman Nafada and Rose Oko.
As the time of filling this report, the content of the Na’Allah’s committee report was still unknown.