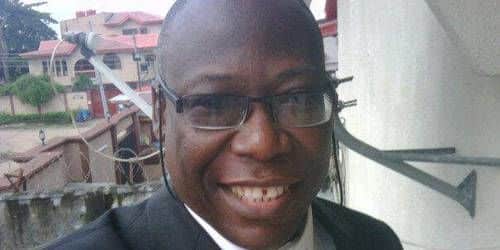 I have followed issues raised in the press conference of Stephanie Otobo, the alleged mistress of Apostle Johnson Suleiman of the Omega Fire Ministries and a number of reactions to it but my position on the issue has not changed.
The fact that the lady changed her initial claim that there was a marriage introduction between her and Suleman in her family home, after her father denied such, makes all her other claims suspect. Following her father’s denial that no such introduction took place and that Suleman had never been to his house, she now said the so-called introduction was done in the Apostle’s office. That is highly preposterous. How can you have a marriage introduction in the suitor’s office?
On her call for their passports to be checked to confirm that they travelled to Italy together: When a stalker is desperate, he/she can go to any length to get his/her victim’s attention. If you know the itinerary of your target, particularly a preacher whose international meetings are made public, a desperate stalker can go there in attempt to see the person.
Some years ago, Pastor Enoch Adeboye told a story of a lady stalker, who consistently came to him to tell him that she was his ordained wife. Adeboye said he always rebuffed the lady, telling her that how can that be true when he was married. He said the lady continued to stalk him. Then, one day, he said he travelled abroad unannounced for an engagement. A day after he arrived, Adeboye said someone knocked his hotel room door and as he opened it, behold it was this same lady. Aghast, Adeboye said he didn’t know how she knew he was travelling, the place he was going and his hotel. He then realised that she was not an ordinary person but an agent of the devil and out of righteous anger, he warned the lady that the next time he set his eyes on her, she would die. And that was the end of the lady’s stalking.
If Suleiman has anything to hide the supposed amorous relationship, he would have “settled” her and not involve the police. l doubt if he would involve the police when the lady was making unreasonable financial demand, which necessitated the police to coordinate the payment of the money before she was arrested.
On the issue of the lady asking for call logs, here is a man, a public figure who deals with thousands of people on regular basis and counsels and gives financial assistance to many people. So, do you know how many people he would have contact with? Besides, we are in a society where, with technology, text messages are sent with peoples numbers without the person being aware of it. To me, since the matter has been charged to court, these are issues that would come up during trial, particularly during cross-examination and where the demeanor of the defendant and the complainant in the witness box would be taken into account by the magistrate and not this showmanship of media trial where the lady was describing the supposed size of Suleman’s manhood and the style he likes. To me, this smacks of premeditated, malevolent media trial meant to undress the man publicly.
Could it be that this is just a coincidence that this scandal is coming just few weeks after Suleman’s encounter with the security over the Fulani herdsmen and a supposed relationship that purportedly happened in 2015? Why coming out now?
I have lived long to know that things of this nature are not always the way they are. Or were we not here some years ago when we were regaled with the confessions of Fryo following the murder of Bola Ige, after which the guy recanted?
In the mid 80s, we witnessed how Justice Donald Ikomi was set up in the then Bendel State. He was a very strict no-nonsense judge as the Chairman of Bendel State Armed Robbery Tribunal, who was a thorn in the flesh of robbers. He also didn’t have a good relationship with the police. He was therefore set-up. The policeman guarding his house, Corporal Uanle, was murdered in the judge’s house, his tongue and private part cut off. The judge was arrested, witnesses lined up against him and he was charged with murder. Before the trial started, he had been retired. I covered the case. At the end of the day, the judge was discharged and acquitted for want of evidence, but not after he had been humiliated and shown the way out of the Bench by his traducers.
I am not in any way trying to defend Suleman but my instinct tells me there is more to this that meets the eye. I am not carried away by all the salacious details of Otobo. I would rather wait for her trial in court where all the facts would be laid bare, after rigorous cross examination and evidences. I know that Suleman has only made tentative statements on this issue, perhaps not wanting his proposed evidence in court to be ambushed. That is my reading.
And l know that Suleman had been tried and convicted in the media but l am giving him a benefit of doubt. You don’t have to agree with me but things are not always the way they seem because there are three sides to the case – his side, her side and the truth. Waiting for the case to commence in court.
. Akinola, Executive Director of Media Rights Agenda, is a renowned journalist and legal practitioner.