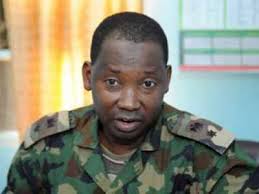 The Special Task Force in charge of peace in Plateau State has recovered 169 stolen cows.
This was revealed by the STF spokesman, Captain Ikedichi Iweha.
Iweha, in a statement in Jos on Monday, said the cows were in the custody of the Force.
He said: “Members of the general public, who have lost cows, should come forward and identify them for immediate release.”
The statement also alerted the public of plans “by miscreants” to attack the state.
It said: “Available information reveals that some persons are bent on disturbing the state through religious crisis.
“Those behind the plan are angered by the failed attempt to attack the Chief of Army Staff, Lieutenant General Tukur Buratai, in Zaria.”
Iweha warned those hatching the plan to steer clear of Plateau as the STF was determined to rid the state of such persons.
Iweha advised park owners, managers and executives of market unions, as well as leaders of churches and mosques to put security measures in place around their vicinities.
NAN.