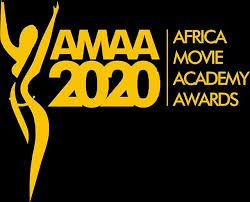 The Africa Movie Academy Awards has announced Steve Oluseyi Ayorinde as President of the Jury for the year 2020 honours.

Ayorinde has been the Chairman of the Governing Council for AMAA for over 10 years and a pioneer member of the Academy, who has been with the Academy for 10 years.

The head of jury for the 2020 edition of the award was the immediate past Commissioner for Tourism, Arts and Culture in Lagos State, Nigeria.

He earlier served as the Commissioner for Information and Strategy when he was sworn-in by Akinwunmi Ambode, former Governor of Lagos State on October 19, 2015.

He was also previously the Managing Director/Editor-in-Chief of the National Mirror newspaper.

Before that, he was the Editor of The PUNCH newspaper in Nigeria.

He is returning from a sabbatical of four years to his normal circuit, which is the film industry.

This is the second time he would be the President of the AMAA Jury.

Organisers of AMAA in a statement signed by the founder, Peace Anyiam-Osigwe, noted that the year 2020 has been a compelling and interesting year with the COVID-19 pandemic, which has negatively impacted the creative and tourism sector globally.

The statement added that AMAA cannot think of a more seasoned personality that can embrace what the film industry is going through at the moment than Ayorinde, who is expected to inspire filmmakers across Africa and the Diaspora in a period when the industry needs inspiration.

The nominations for the awards in all the categories will be announced on November 20, 2020 and the AMA Awards ceremony will be held on December 20, 2020.

The statement added: “This year, due to the pandemic, there has been delays and date changes because we have been hoping for the world to open up so we can congregate physically for the AMAAs.

“Film making and awards are about team and networking, rooms filled with happiness, laughter, wine, dances, and jubilations, for the year’s hard work.

“Unfortunately, COVID-19 has made it impossible, as the world goes through the second wave of lockdowns and Nigeria still recovering from the aftershock of the #EndSARS dilemma — where youths were demanding for the rejuvenation of the values of togetherness, a better police force, better Nigeria and Africa.

“As we come together for the 16th edition of AMAA, it is to reward African cinema, and to embrace the fact that we have been working even in these troubling and difficult times.”

The AMAA founder while promising a better awards prayed that all professionals in the film and creative industry will recover from the impact of coronavirus.

Anyiam-Osigwe said: “We pray that every single filmmaker will be healed and can survive this pandemic both physically, commercially and economically, as the world has seen our industry completely drained by the complexities of our inability to work at this time.

“However, as we say in the show business, ‘the show must go on.’

“Please log on to all our networks for the nominees announcement on the 20th of November, 2020, and watch out for AMAA 2020 on December, 20th as we celebrate African cinema — which  this year, will be the 16th edition.

“We chose HOPE as the theme for this year’s celebration because that is what has kept the world going. And we are sure our hope will not fail us.”