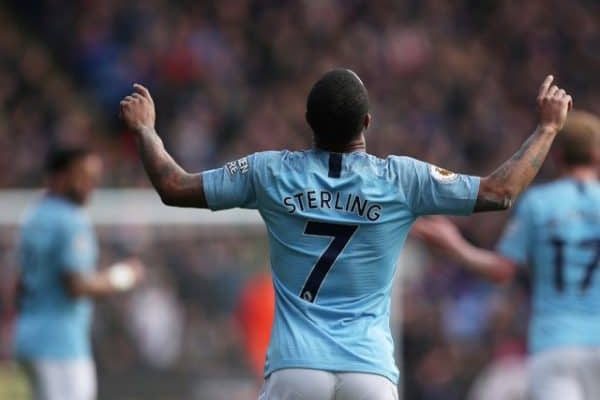 Raheem Sterling is the winner of the 2019 Football Writers’ Association Footballer of the Year award after his stunning campaign with Manchester City.
England international Sterling has played a vital role in the success of Pep Guardiola’s reigning champions, scoring 17 goals and providing 12 assists in the Premier League.
Sterling was a clear winner in the vote of over 400 FWA members, taking 62 per cent of the poll and 100 votes more than Liverpool defender Virgil van Dijk.
Sterling’s fellow City forward Sergio Aguero placed third.
Other players to receive votes were Harry Kane, Eden Hazard, Alexandre Lacazette, Bernardo Silva and David Silva.
Sterling becomes the first City winner of football’s oldest individual award for 50 years since defender Tony Book shared the 1969 prize with Derby’s Dave Mackay.
The winger was beaten to the PFA Players’ Player of the Year award by Van Dijk but did manage to win the PFA Young Player of the Year prize on Sunday night as well.
The 24-year-old could end the season with a domestic treble of medals, having already won the Carabao Cup with City, who lead the title race and face Watford in the FA Cup final on May 18.
It was Sterling who converted the decisive spot-kick as City beat Chelsea on penalties to win the Carabao Cup final back in February.
An integral part City’s successful season on the pitch, Sterling has also earned widespread praise for his courageous stance taken against racism in football.
Sterling will be presented with the Sir Stanley Matthews Trophy at a lavish dinner at the Landmark Hotel in London on May 9.
In a unique double for Manchester City and England, Nikita Parris was named the FWA’s Women’s Footballer of the Year.
The 25-year-old forward succeeds fellow England striker Fran Kirby, who won the inaugural award last May.