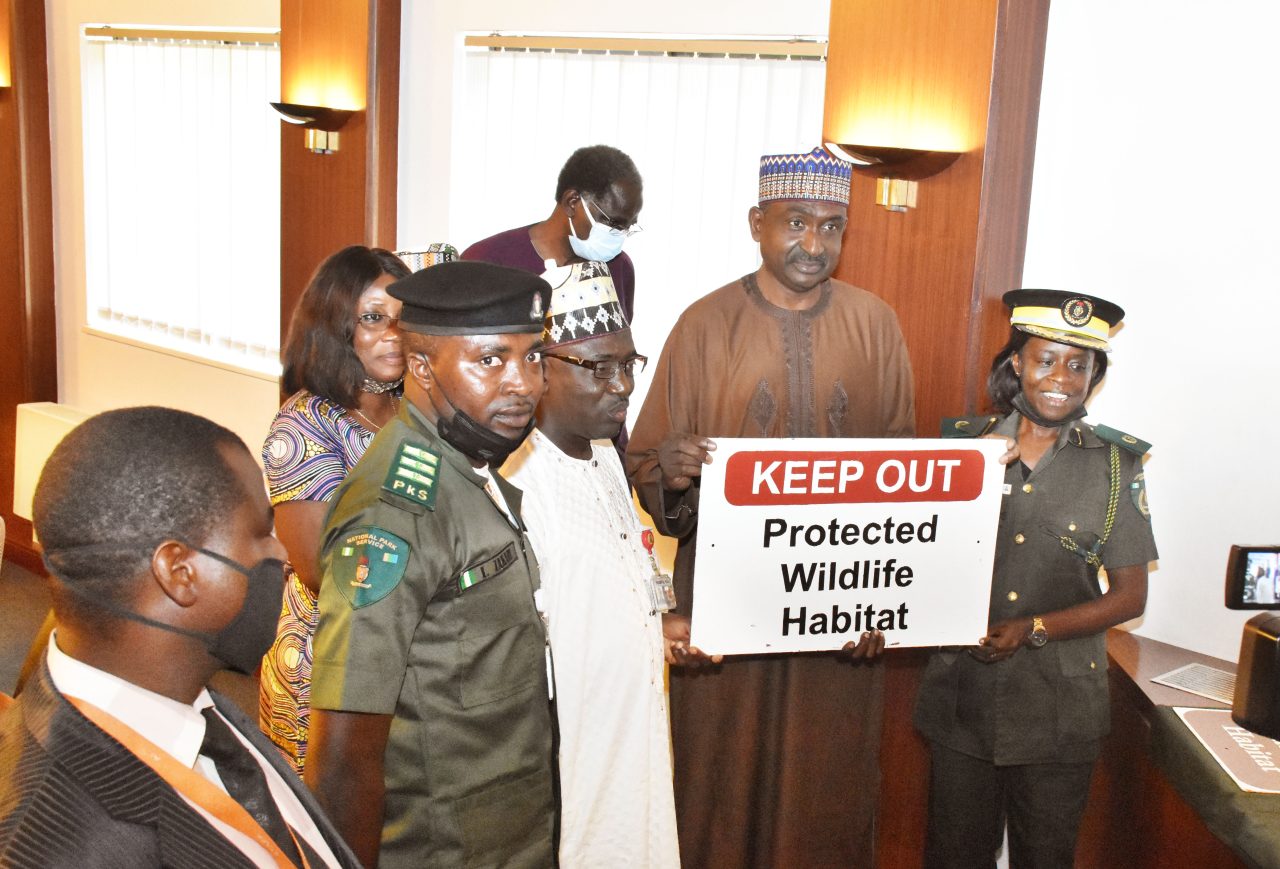 The management of State House has pledged to boost nature conservation by taking appropriate measures to preserve wildlife, protect nature and reverse species loss in the seat of government.

Permanent Secretary, State House, Tijjani Umar, gave the assurance at the weekend while receiving a delegation of rangers from the National Park Service, and their colleagues in the Presidential Villa, popularly called ‘Royal Rangers.’

Umar, who stressed the importance of protecting and preserving plants and animals in their indigenous habitats, expressed concern at the recent killing of wildlife species in the Villa.

He announced that some locations in the Presidential Villa- which is a natural habitat to some wildlife species including tantalus monkeys, crocodile, pythons, giant tortoise, bush rats, guinea fowls, bats and diverse species of birds- have been delineated as conservationist areas.

The Permanent Secretary, therefore, appealed to staff and visitors to the Villa to preserve biodiversity and appreciate the natural world, adding that signages would be erected in specific areas and vegetation for sensitization and compliance.

The Permanent Secretary also used the occasion to congratulate Royal Rangers and their colleagues around the country on the occasion of this year’s World Ranger Day, commemorated on July 31.

He recognised the commitment of the Royal Rangers in preserving the flora, fauna and other natural resources around the Presidential Villa.

‘‘We will continue to support you to do your work effectively. The protection of the eco-system and the species in the Villa is not for the rangers alone, it is a task for all of us,’’ the Permanent Secretary said.

Umar also paid tribute to a staff of the Royal Rangers, Murtala Odi, who died from diabetes-related complications, praying God to grant the soul of the departed eternal rest.

In their separate remarks, Salihu Manzo, Senior Park Ranger and Kehinde Abidemi, Assistant Conservator of Parks, thanked the Permanent Secretary for his keen interest in conservation activities and for approving specific measures to preserve the flora and fauna in the environment.

Manzo, who described the recent killing of a giant python as regrettable, expressed delight that measures were being taken to protect wildlife species.

Abidemi explained that the International Ranger Federation and its collaborators have chosen Diversity as the theme for World Ranger Day 2022, noting that they believe that diversity among Rangers should be embraced just as humanity should appreciate diversity in the natural world.