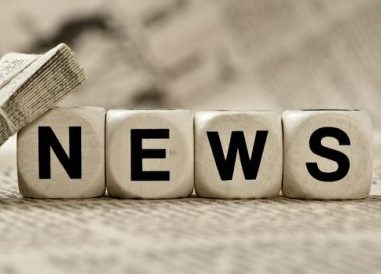 Media practitioners and civil society groups on Saturday called for a robust and free press as well as protection for journalists as enshrined in the constitution.
The News Agency of Nigeria reports that the stakeholders made the call at a gathering in Lagos on: “State of Media and Citizen’s Freedom in Nigeria.”
In his welcome speech, Executive Director, International Press Centre, Lanre Arogundade, noted that many journalists had faced several attacks in the line of duty in recent past.
Arogundade said some media practitioners were also facing trials on account of discharging their duties.
Femi Falana, moderator of the panel of discussants, argued for the expansion of press freedom as enshrined in the constitution and other extant laws.
For Kadaria Ahmed of Daria Media, freedom of the press was not negotiable.
Ahmed, however, noted that most conversation around press freedom had been centered around the actions and inactions of the government, with little mention of the role and responsibilities of the judiciary.
She also said that media owners were not protective enough of their staff.
She called on the media to do a soul searching and organise itself to be more formidable.
In his intervention, Dr Qasim Akinreti, Chairman, Nigeria Union of Journalists, Lagos State Council, said the constitution was clear on the role of the media in holding government accountable.
Akinreti decried the excessive use of power by the political class that sometimes infringe on press freedom.
He noted that Lagos NUJ had been protective of its members through its legal adviser.
Prof. Bola Akinterinwa, a former Director General of the Nigeria Institute of International Affairs, said it was embarrassing for journalists to be killed in the line of duty.
Akinterinwa noted that the undermining of press freedom was a global challenge.
He noted that the international community was not unmindful of the vibrancy of the Nigeria press.
He urged journalists in the West African region to work together in tackling the challenges of the region.
NAN reports that the event was put together by Falana & Falana Chambers, Nigerian Guild of Editors and Nigeria Union of Journalists, Lagos State Council.
Others included Coalition for Whistle Blowers and Press Freedom, EIE, WARDC, Institute for Media and Society, Media Rights Agenda, International Press Centre, WSCIJ, HEDA Resource Center, SERAP and Media Career Services.