Stakeholders back repeal of pension law for ex-Lagos Governors, Deputies 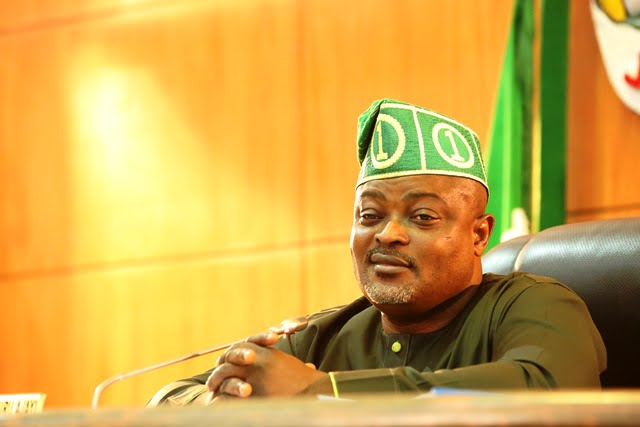 Stakeholders at the Lagos State House of Assembly public hearing have backed the repeal of a law for payment of pensions and other benefits to former governors and deputies.

The stakeholders made their views known at a one-day public hearing organised by the assembly in Lagos on Friday.

The News Agency of Nigeria reports that the proposed law is entitled: “A Bill to Repeal the Law to Provide for Payment of Pensions and other fringe benefits to public office holders in Lagos State and for other Connected Purposes.”

The law provides that all former governors or their deputies should be entitled to pension at the rate of equivalent to the annual basic salary of incumbent governor or deputy governor and other benefits as provided by the Revenue Mobilisation Allocation and Fiscal Commission.

The schedule of the law stipulates that all former governors and deputy governors are entitled to residential houses in any location of choice in the state.

On transportation, it provided for three cars for a former governor, an additional pilot and two backup cars to be replaced every three years.

Also, the deputy governor would be entitled to two cars, one pilot and one backup car to be replaced every three years.

They are both entitled to furniture, domestic staff who should be pensionable, free medical treatment for them and their immediate family members.

On security, a former governor would be entitled to two Department of State Services details and one female officer, while the deputy governor was entitled to one.

Commenting on the amendment bill, the Secretary of the Ikeja Branch of the Nigeria Bar Association, Adeyemi Abijo, commended the lawmakers for an attempt to repeal the law.

Abijo said the law was against the present economic situation of the state and the yearnings of the people.

He said the law was beyond pension, but that it was aimed at enlarging the coast of past public office holders.

He said: “As a former governor,  you don’t need any financial support, but security support.

“They should rather be supporting others as the funds that should have been given to them can be used for other purposes.”

Contributing, the Secretary, Lagos State chapter of the Committee for the Defence of Human Rights, Bello Mustapha, said past leaders were servant leaders and should not expect much from the people.

Mustapha said the purpose of the law was to reduce corruption but that the purpose had been defeated.

He, however, said some parts of the law such as medical, drivers and security for former governors and their deputies could be retained.

Earlier in his welcome address, the Chairman, House Committee on Establishment, Training, Pensions and Public Service, Yinka Ogundimu, said the public hearing was part of the process of making laws in the assembly.

Ogundimu stated that there had been a lot of noise on the law and that it was important for the assembly and the state government to yield to the yearnings of the people.

The lawmaker also told journalists in an interview that the House would still wait for the different memoranda from the people of the state.

He said: “We will base our decision on what the people want: whether a repeal or amendment.

“That is why we invited the people to know what they want, which is why we are here.

“Everybody has his own right, individuals are entitled to their opinion.

“Any former governor or deputy that does not want the pension if perhaps it is amended can donate it to whoever he wants.”

The Speaker of the House, Mudashiru Obasa, represented by his deputy, Wasiu Eshinlokun-Sanni, said in his keynote address that the former public office holders had also agreed to jettison the pension.

Obasa noted that present economic realities in the state called for repeal of the law so that funds could be used for other developmental purposes.

The speaker said the past servant leaders were being immortalised through the law as it formalised the appreciation of their efforts.