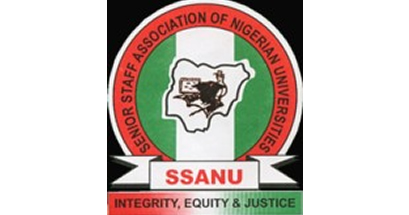 The Senior Staff Association of Nigeria Universities, Lagos State University, Ojo chapter on Wednesday said it would ground activities in the institution if the management failed to pay withheld salaries of its members.
Saheed Oseni, the Chairman of the union, told the News Agency of Nigeria in Lagos that his members were aggrieved by the management’s decision to withhold their June and July salaries.
SSANU-LASU had on May 26 embarked on a total, comprehensive and indefinite strike to press home some demands and suspended it on August 1 after reaching an agreement with the authorities.
The university authorities, however, withheld the June and July salaries of the union members in line with the State Government’s “no work, no pay” policy.
Oseni said that the union had written several letters to Governor Babatunde Fashola and had met appropriate authorities on the issue but had not received positive response.
He said: “It is unfortunate that after several deliberations and letters to the State Government and the university management, SSANU members are yet to be paid their salaries.
“It is against the labour law for a worker’s salary to be withheld within two months of embarking on strike.
“It is simply a means of victimisation.”
Oseni said that the union was planning to ground activities in the institution soon if the salaries were not paid, as they would not forfeit their entitlement.
Oseni said that the university’s Governing Council, which was supposed to decide on the issue at its meeting on August 29, postponed it till further notice, thereby neglecting the union.
“We will not embark on strike but we will protest to show our grievances and withdraw some of our services because we are tired of empty promises and being cheated,” he said.
Reacting, Kayode Sutton, the Public Relations Officer of LASU, urged the union to maintain the peace as the authorities were aware of their agitation and would soon resolve the matter.