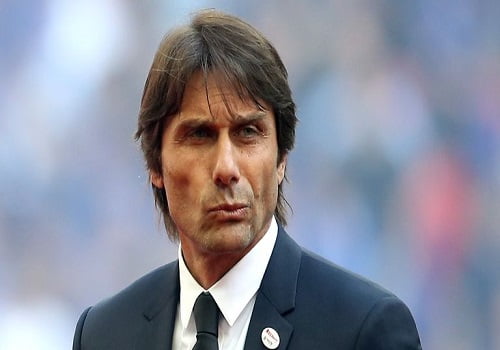 Antonio Conte is set for a reunion with Chelsea after Tottenham were paired with his former club in the semi-final of the Carabao Cup.

The all-London affair was confirmed after Tottenham Hotspur edged out West Ham 2-1 in their quarter-final match.

Arsenal will play Liverpool in the other semi-final.

Steven Bergwijn scored his first goal of the season and provided an assist to help Tottenham continue their momentum under Conte.

The Netherlands forward broke the deadlock after 29 minutes and it was the catalyst for three goals in five minutes.

Jarrod Bowen’s equaliser was quickly countered by Lucas Moura putting Spurs 2-1 ahead, which was how it finished.

Victory helps Tottenham take another step towards ending their trophy drought, which goes back to 2008, and made it five wins under their new boss.

The visitors were without top goalscorer Michail Antonio due to a positive COVID-19 test, while Spurs reverted to their usual 3-4-3 formation under Conte, who made six changes from Sunday’s draw with Liverpool.

Bergwijn was one of those recalled for a first start in nearly two months and his rustiness was clear early on.

But his fellow forwards combined after 12 minutes for the opening chance.

Moura turned by the halfway line and sent Harry Kane away but his left-footed shot was well saved by West Ham’s second-choice goalkeeper, Alphonse Areola.

Spurs had gone with captain Hugo Lloris between the posts and he was forced to parry away a Bowen free-kick soon after, before the opener arrived to spring the London derby into life.

Pierre-Emile Hojbjerg was the creator with a smart pass into Bergwijn, which he received back inside the area and then returned the favour to allow the Dutch international to tap home in the 29th minute.

It was Bergwijn’s first goal of the campaign and sparked a crazy five-minute spell with Tomas Soucek testing Lloris on two occasions and bringing out the best of the Frenchman, who produced a couple of wonderful fingertip saves in quick succession.

The Tottenham captain was helpless moments later though when Bowen levelled after 32 minutes.

Eric Dier was initially at fault with a slack ball out from the back and, after Manuel Lanzini’s shot was controlled by Bowen, the former Hull attacker turned impressively before he rifled into the bottom corner for his fifth goal of the season.

Yet Moura had the final say on the half when Bergwijn, now full of confidence, skipped past Lanzini and squared for his fellow forward to stroke home from close range.

Spurs had needed a timely Oliver Skipp clearance to thwart Soucek once more before the break and Moyes’s side continued to ask questions after the restart.

Bowen was proving a constant thorn in the home defence and peeled off Dier to control an excellent ball over the top from Lanzini, but Lloris raced out for a crucial touch.

Conte had seen enough and turned to his bench on the hour mark. Harry Winks and Son Heung-min were introduced and he also reverted to Sunday’s formation of three in midfield in an attempt to wrestle back some control.

West Ham had plenty of ammunition too, and Moyes called for Pablo Fornals and Said Benrahma with 22 minutes left. The latter almost made a difference within 60 seconds.

Hammers youngster Harrison Ashby crossed in for Benrahma, who controlled on the turn and let fly but saw his shot balloon over.

The substitute had two further efforts before full-time, including a superb volley that went just wide, but Spurs held firm to reach the semi-finals of this competition for the third time in four years.