Sowore to Nigerians in Canada: I’m working to create a Nigeria we can all be proud of

Memo to Buhari on Service Chiefs, by Wale Odunsi

Continuing with his series of Town Hall Meetings, the leader of the “Take It Back Movement,” Omoyele Sowore, addressed Nigerians at the Montreal Town Hall in Canada on April 29, 2018.
Sowore thanked the audience for the warm reception accorded him and enjoined them to consider his fight for the presidency as a collective effort.
He said: “I am seeking your permission to go home to create a Nigeria you can be proud of.”
He enumerated the various challenges that have drawn the country back over the years, adding that a determined and enterprising people like Nigerians deserve leadership that truly reflects their character.
He said: “Many of us believed and trusted President Buhari when he promised CHANGE.
“Unfortunately not much changed under his leadership.
“Corruption is as endemic as it used to be.
“Confirmed treasury looters in the Peoples Democratic Party simply crossed over to the All Progressives Congress where they were welcomed with open arms.
“You cannot give what you do not have.
“Buhari and his government do not have the capacity to give us the Nigeria we deserve.”
On security, Sowore lamented the serious insecurity situation in the country.
He said: “Right from the airport, you sense the absence of security.
“Officials paid to guard our ports are interested only in: ‘Anything for the boys?’
“So, we have the situation where absolutely no one is checking what comes into our country or leave our shores, as long as you can pay.
“Despite all the money supposedly spent and all the boastings of our leaders, Boko Haram is still menacing parts of our country.
“Today, every Nigerian lives in fear of the dreaded herdsmen who, through official apathy, roam and kill freely.”
Touching on the Biafran agitation, the presidential aspirant said many Nigerians mentally seceded from their country simply because they feel they have been betrayed and abandoned by their leaders.
“He said: “I travelled in the East and spent an hour at a spot that should have taken less than 20 minutes.
“When I eventually saw the pothole that caused the traffic jam, I couldn’t help but wonder why the government was quick to send in Operation Python Dance when they could just send engineers to fix the road?
“Why not start with that?”
Beaming with confidence, Sowore told his audience that he remains very optimistic about the future of Nigeria.
He said: “Nigeria hasn’t got a problem that Nigerians cannot fix.
“We are not bigger than China or India and we are not more complex than the United States of America.
“Our problem is poor, inept and visionless leadership.
“All over the world, Nigerians are noted for their can-do attitude.
“Instead of our leaders tapping into this huge reservoir of world-class brains, they depend on finite products like oil.
“When we get our priorities right, oil will be our worst product.
“People will be our best product!”
Earlier at his Saturday engagement with Nigerians at the Council Chamber of the city of Toronto, Sowore stated that he was only doing his job as an investigative journalist by publishing a story on the role his accuser, Lekan Fatodu, played in the Dasukigate scandal and that at no time did he demand any money from anyone, including Fatodu.
Sowore maintained that Fatodu’s allegation was nothing but cheap blackmail.
He challenged anyone to produce any evidence to the contrary.
Rounding up, the presidential aspirant urged Nigerians worldwide to join his Movement to Take Nigeria Back from the clutches of the PDP/APC duopoly, which he said were two sides of the same bad coin. 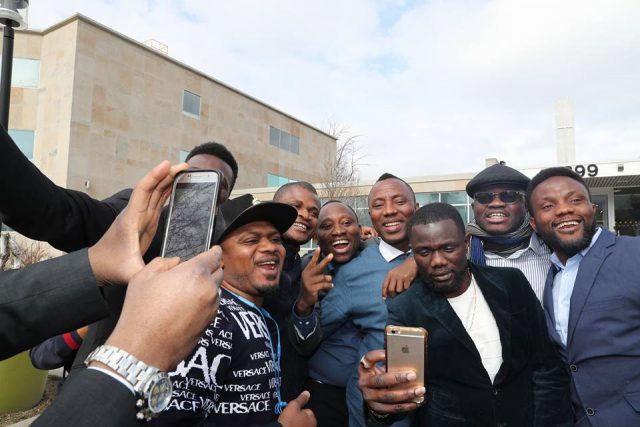 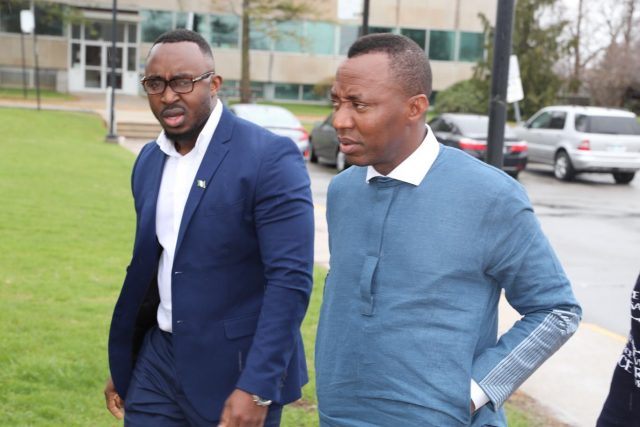 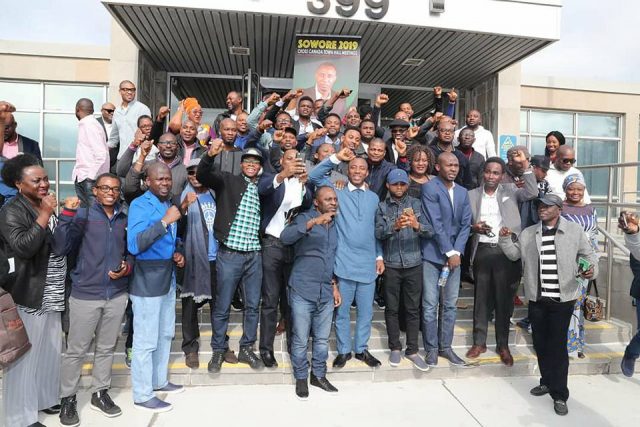 Memo to Buhari on Service Chiefs, by Wale Odunsi

Complete 13 guidelines for reopening of Churches, by CAN President

May 29: Umahi scores self low in housing, vows to complete critical projects