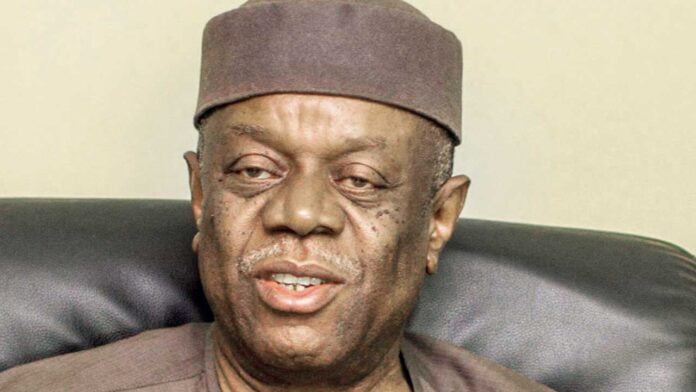 The Pan Niger Delta Forum has called on South South Governors to put together a regional security and development initiative similar to those of the South West.
The South West has a security outfit codenamed Amotekun and a development initiative, DAWN Commission.
These requests formed part of the resolutions of the PANDEF at the end of its expanded National Executive Committee meeting in Benin, the Edo State capital.
According to the South South leaders, PANDEF was ready with a regional security blueprint and would submit same to the governors.
It called on the South South Governors to reactivate the BRACED Commission to fast track socio-economic development in the region.
The communique issued at the end of the meeting restated its earlier position on the establishment of the South West joint security initiative, Amotekun.
It commended the governors and people of the South West on their resolute stand on the initiative.
Besides, PANDEF rejected plans by the Federal Government to establish nuclear reactor plants in the Niger Delta, but restated its position on restructuring.
The communique called on the Federal Government to begin constructive dialogue process on restructuring of the country to guarantee harmonious and peaceful co-existence.
The communique, signed by PANDEF National Chairman, Commodore Idongesit Nkanga (retd), noted that the Senate has set up a committee to tinker with the constitution, but warned that the process should not be schemed to divert citizens’ attention from the clamour for restructuring.
It decried the poor state of infrastructure in the Niger Delta region, particularly roads, and called on the federal and state governments to take urgent steps to address the dearth of infrastructure in the region, particularly the completion of all sections of the East West Road as well as the commencement of work on the coastal road and railway from Lagos to Calabar.
PANDEF cautioned against a plan by the Nigerian Maritime Administration and Safety Agency to divert the floating dock that was to be situated at Okerenkoko in Delta State, saying it considers the plan as another attempt to deny the region of the needed economic boost and critical training component in support of the Nigerian Maritime University, Okerenkoko.
The South South regional body restated its commitment to engage with all critical stakeholders of the region, irrespective of political inclination, in its efforts to foster unity, lasting peace, security and sustainable development of the region for the benefit of present and future generations.