South East should have six states now but for Obasanjo — Nnamani 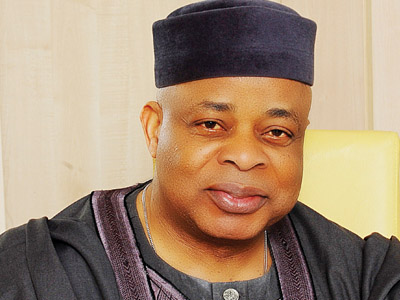 Share
Facebook Twitter LinkedIn Pinterest Email
The South East, like other geopolitical zones of the country, should be boasting of at least six states but for the third term bid of former President Olusegun Obasanjo
This was disclosed by a former President of the Senate, Chief Ken Nnamani, in his new book, titled: “Staying Strong.”

Nnamani said the creation of an additional state in the South East, which has five states, by the National Assembly had been concluded alongside other issues such as the amendment of some sections of the 1999 Constitution, including immunity for some public office holders, when the third term bid of Obasanjo crept in.

This led to the throwing out of the amendment alongside the third term bid.

He wrote: “The defeat of the third term project left several casualties in its wake. Among these were many of the people who stuck out their neck for and against the proposal.

“The excellent proposals in the amendment bill that were thrown out along with the third term proposal and the very important issue of trust in government.

“There were several proposed amendments in the third term bill that would have been of great benefit to Nigeria that became casualties of third term.

“Among these were the proposed amendments to the administration of local governments, the removal of immunity clause from criminal prosecution for political office holders, the insitutionalisation of rotational presidency, provision for independent candidacy and fostering a better geopolitical balance by enabling the creation of a sixth state for south-east.

“In the end, it would seem that the baby was thrown away with the bathwater.”

The book is billed for launch at the International Conference Centre in Abuja on October 21, 2023.