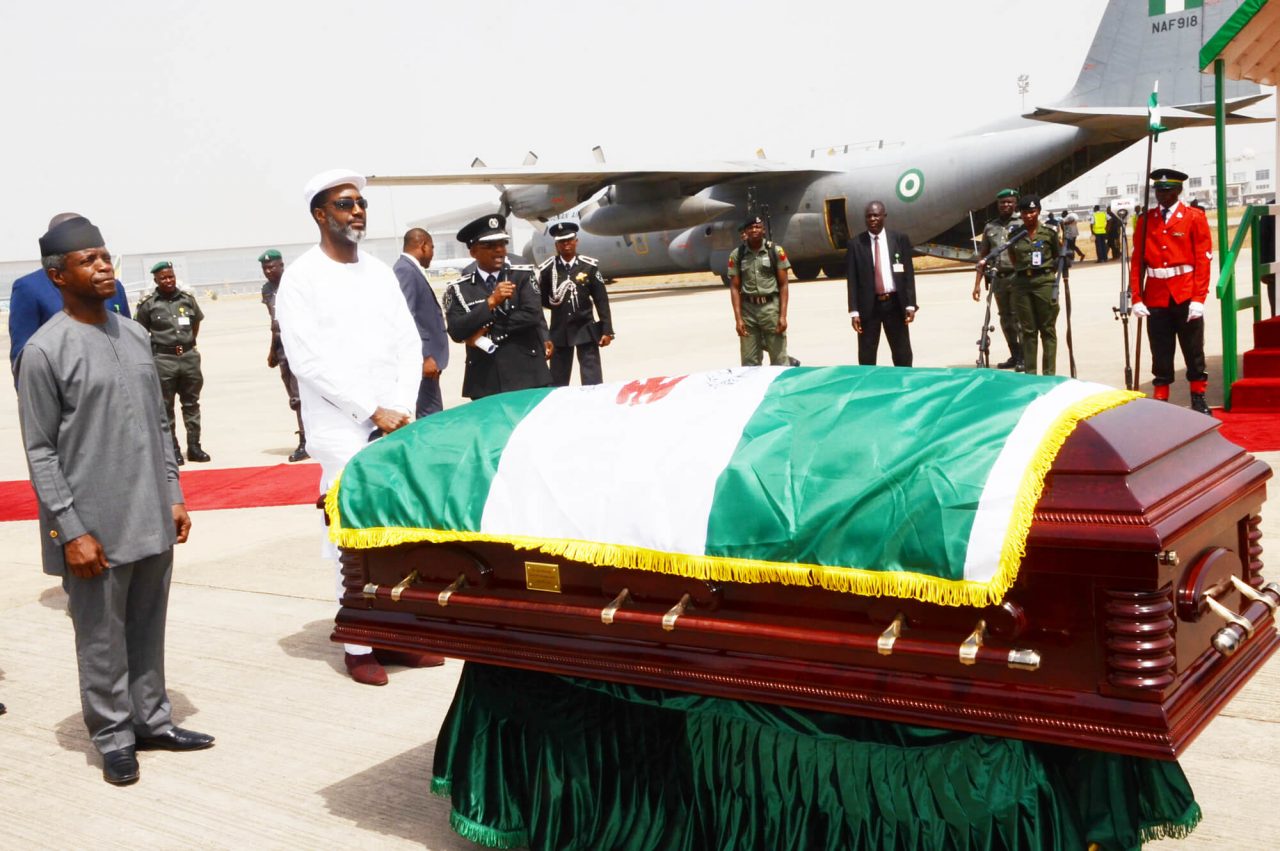 The remains of the former Vice President, Dr. Alex Ekwueme, arrived the Akanu Ibiam International Airport on Monday preparatory to the final burial rites.
The News Agency of Nigeria reports that the corpse, which was flown in a Nigerian Air Force flight NAF918, was received by the South East governors.
The governors present to receive it included Dave Umahi of Ebonyi State, Ifeanyi Ugwuanyi of Enugu State, Wille Obiano of Anambra State and Rochas Okorocha of Imo State.
A brief prayer was offered to the family of the deceased by the Archbishop, Church of Nigeria, Anglican Communion, Most Reverend Emmanuel Chukwuma.
The corpse was taken to the morgue after a brief stopover at his Independence Layout residence.
NAN further reports that highlights of the event included a procession by officers of the Nigerian Police, Enugu State Command.
The corpse was covered with the Nigerian flag as the governors took turns to pay their final solemn respect to the deceased.
NAN reports that there will be a commendation service for the late icon at the Cathedral Church of Good Shepherd, Independence Layout on January 30 as well as an interdenominational service at the Okpara Square on January 31.
NAN reports that the body will leave for Awka, Anambra State immediately after the service in Enugu.