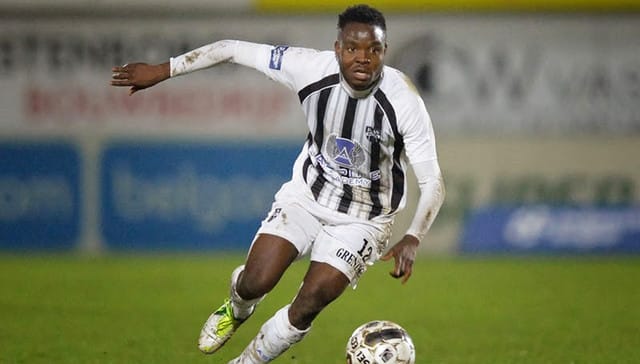 Young KAS Eupen defender, Ntuthuko Radebe, has tragically passed away after a fatal car accident in South Africa.
The 22-year-old was currently on the lookout for a new club after leaving Eupen at the end of his contract last month, and his former employers say that his plan was to come and play in the PSL this coming season.
A statement from the club read: “KAS Eupen received a terrible news from South Africa in the late afternoon service. Ntuthuko Radebe, who has played for KAS Eupen for five years and also last season, has died in his home country with a car accident at the age of only 22 years. This message has shaken the entire community of KAS Eupen and has been deeply saddened.
“The team, coaches, supervisors, all employees and fans of KAS Eupen have lost a good friend with Ntuthuko Radebe. With his kindness, his comradeship, his loyalty, his commitment, and his good humor. He deserved great appreciation. Nuthuko Radebe remains in the best memory of the entire KAS family.”