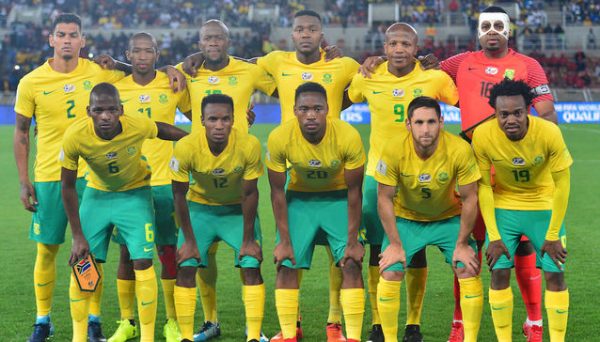 South African officials has insisted they will not give up the fight after FIFA dismissed their request to have a crucial World Cup qualifier against Ghana replayed because of alleged match-fixing by the officials.

South Africa made a formal complaint over claims of “match fixing, match manipulation including corruption and bribery” following last month’s fixture which included a highly dubious but decisive penalty that eliminated them from the competition with a 1-0 defeat. They had only needed a draw to reach the third round of qualification.

Ghana responded by accusing the South Africans of “shocking, irresponsible, and outright disrespect” adding that the allegation was “frivolous, baseless, lacks merit and should be treated with all the contempt that it deserves.”

Crucially, however, FIFA added that the ruling was also subject to appeal which is what the South Africans have indicated they might do.

“The match officials have decided the game, which is not what is supposed to happen,” charged South Africa Football Association’s (SAFA) chief executive Tebogo Mothlante.

“We have received the decision without details and we will request FIFA for the reasons and consider our options.”

Motlanthe had already stated that SAFA was ready to move to the Court Arbitration for Sport should they feel dissatisfied by the outcome of their appeal. “If they don’t give you a good reason, you can still go and challenge the matter with CAS,” he was quoted as saying.

Meanwhile, an appeal by Benin about substitutions made by DR Congo in another crunch qualifier on the same day has also been thrown out by FIFA.

The 2-0 win for Congo saw them qualify ahead of Benin, who had needed a win to advance.

This means, as it stands, that Ghana and DR Congo will be in January’s draw for the African World Cup play-offs, with two-legged ties to decide the continent’s five representatives in Qatar set to be played in March.