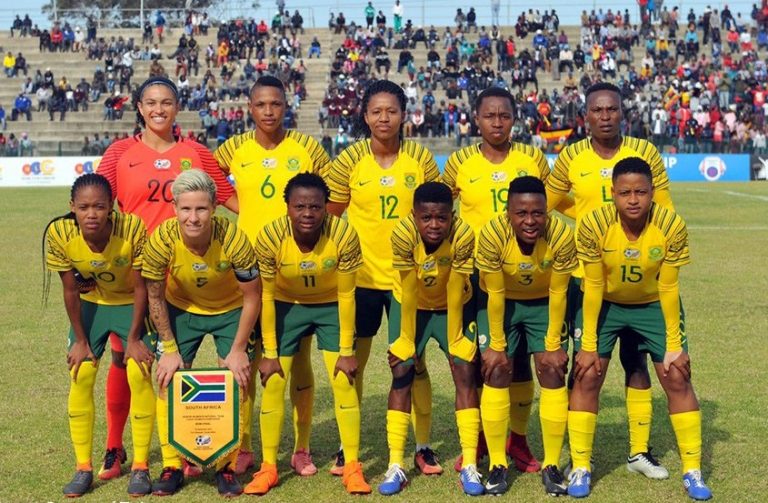 South Africa reached the quarter-finals of the 12th Women’s Africa Cup of Nations when defeating Burundi 3-1 in Rabat on Thursday.

The Banyana Banyana of South Africa produced a dominant performance to advance from Group C with one game left.

This was thanks to goals by Thembi Kgatlana, Amogelang Motau and Linda Motlhalo.

Banyana Banyana could have won the Group C tie by a wider margin but for their profligacy at the Stade Prince Moulay Abdallah.

Burundi got their consolation goal through Aniella Uwimana, which was not enough to salvage their campaign after losing 4-2 to Botswana in their opening game on Monday.

Their plight was exacerbated by the straight red card to substitute Annociate Nshimirimana in the second-half but the South African failed to make their superior number count.

The result means Banyana Banyana advance to the last eight with six points after beating title-holders Nigeria in their opening game on Monday.

Burundi will have no chance of advancing to the knock-out stages of the tournament as they have no points after two matches in the tournament in Morocco.

South Africa demonstrated their desire to win the game and dominated the early exchanges which resulted in the opening goal through slippery attacker Kgatlana.

The East Africans rallied and restored parity 10 minutes later through the Tanzania-based Uwimana who connected from close range.

Banyana Banyana continued their dominance after the break and when Irakoze fouled Kgatlana in the penalty box Motlhalo converted the resultant kick to extend their lead.

There was enough time for substitute defender Nshimirimana to be sent off in the 73rd minute for bringing down an opponent in the penalty box.

But the South Africans could not make use of their numerical advantage in the latter stages of the game.

Banyana Banyana will play Botswana in their final group game on Sunday while Burundi conclude their campaign against title-holders Nigeria same day.