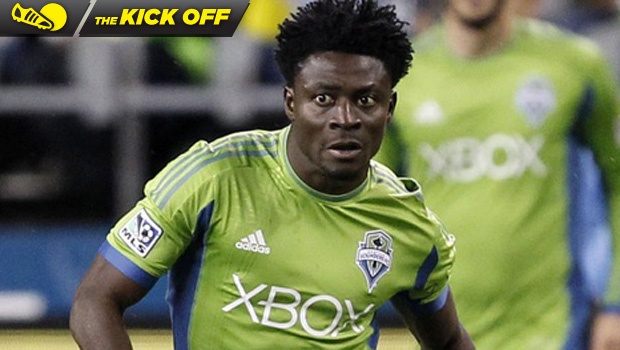 Major Soccer League outfit, Seattle Sounder is set to splash out a whopping sum of N1 billion ($6million) on Obafemi Martins to keep the Nigerian at the club for another two years.
The 29-year-old is set to sign a 2-year contract extension which doubled his current deal in per-year value.
The boost in pay, however, will only up Martins from the 9th-highest designated player to the 8th-highest.
For a player with 12 years of professional experience, the Nigerian international is having the best season of his career in front of goal, with 13 league goals so far and five regular season matches still to go.
He’s only scored double-digit league goals one other time in his career, with Newcastle in the 2006/07 season when he bagged 11.
Martins has wanted to stay in Seattle for a while now, not-so-subtly campaigning for a new deal since the summer.
Martins has been invaluable to his club this year in a number of ways, as he among the MLS players in the top 10 in both goals and assists for the season.
The pacy striker present contract at Seattle Sounders set to expire at the end of the year.