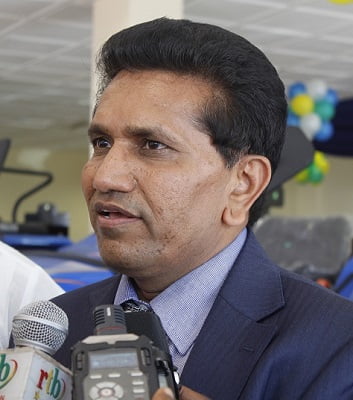 The son of an Indian gold mine owner in Burkina Faso, who was kidnapped by unidentified assailants in 2018, has been released, his father said on Monday.
Kimar Akoliya, whose father Akoliya Patel, owns the Ghana-based Balaji mining group, had set off for Burkina Faso’s capital, Ouagadougou, from the remote Inata mine with two colleagues when they disappeared in September 2018.
The identities of those kidnapped had not been previously confirmed.
“By God’s grace, it is true,” Patel said in an email, confirming reports of Akoliya’s release on social media.
He gave no further details and it was not clear whether his colleagues, a Burkinabe and a South African, had been freed.
The attackers were not identified at the time, but jihadist groups with links to al Qaeda and Islamic State have in recent years expanded their presence across West Africa’s Sahel region, a strip of scrubland beneath the Sahara desert and taken a number of Western hostages.
In November, 37 civilians were killed and another 60 injured in an attack on a convoy ferrying hundreds of local employees and contractors from a mine owned by Canada’s Semafo in Burkina Faso.
Reuters/NAN.