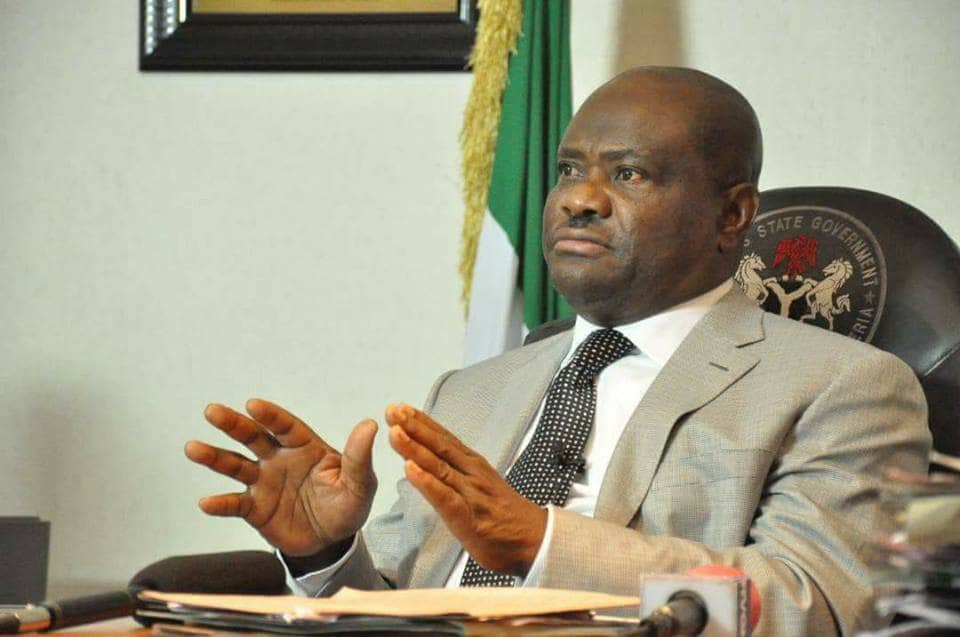 The Rivers State Governor, Nyesom Wike, has accused some governors elected on the platform of the Peoples Democratic Party of having sold out and fraternising with President Muhammadu Buhari of the All Progressives Congress in the dead of the night.
Wike said this on Thursday at the funeral service in honour of late Madam Blessing Awuse, mother of Sergeant Awuse, at St Luke’s Anglican Church, Emohua, Rivers State.
Wike spoke against the backdrop of the criticism that trailed his decision to congratulate Buhari for his victory at the Presidential Election Petitions Tribunal over the PDP and its candidate for the February 23, 2019 presidential poll, Atiku Abubakar.
He said: “I am sure all of you are surprised that I congratulated Buhari.
“Is it not good for me to congratulate him than to go to his house in the night?
“So many PDP Governors go to see him in his house in the night.
“I have never gone and I will not go.
“I won’t go.
“We are the only state that the Federal Government refused to pay us our money used to execute federal projects because I don’t go to see him in the night and I won’t go.
“He is not my friend.
“He is not doing well, but he won in court.
“Should I say that the court did wrong?
“No.
“President Buhari, congratulations and carry Nigerians along.
“Unify the country.
“The country is too divided.
“I am saying what is right.
“What I will do, I will do.
“What I will not do, I will not do.”