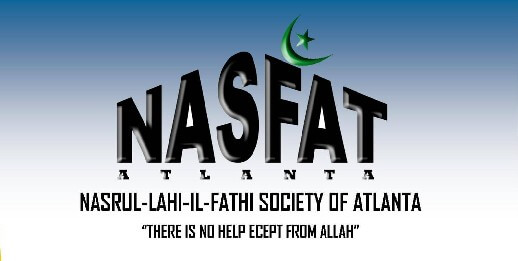 The Nasrul-Lahi-L-Fatih Society of Nigeria (NASFAT), has called on governments at all levels and corporate bodies to support state operatives to enable them rescue the society from the subsisting lingering insecurity across the country.

NASFAT, a rights group, said that it is only in an atmosphere of social harmony and concord that can attract investors and foreign capital flow, which could help in creating employment for the nation’s teeming unemployed youths.

Onike spoke with the News Agency of Nigeria (NAN) in Lagos on the sidelines of the women’s week, saying that peace should be restored in troubled parts of the county.

He said that the state operatives needed the support of all regarding the acquisition of good weapons, information apparatus, and informed hints on the operations of the criminals and their hide-outs in order to effectively dislodge them and make the society safer.

The cleric, who commended efforts of the nation’s military at quelling insurgency, kidnapping and banditry in parts of the country, called for support for the operatives from everyone.

According to him, good weapons should be made available to those fighting to keep the nation united, they would not be denied the necessary incentives and their welfare should be priority.

“We have heard cases where insurgents overpower operatives with superior weapons with its attendant casualties on the side of the operatives.

“There is the need for information technology apparatus that can enable operatives smoke out those trouble makers from the hide-out.

“The people themselves should assist the operatives with useful intelligence information that can enable them flush out criminals in their surrounding as people can identify strange faces among them with ease,” he said.

He added that, as stakeholders, parents, schools and the religious bodies should play their roles in child character moulding and avoid pressure on the operatives and governments over the excesses of people.

He attributed increase in crimes in the society to the loss of value orientation, tasked mothers to be firm and strong willed in instructing children on societal norms and things forbidden by society.