Comp. Kayode Olusemire, the Controller of Federal Operations Unit Zone ‘C’ of the Nigerian Customs Service, Owerri, says smuggling has negative effects on the nation’s economy.
Olusemire made this observation in Owerri on Friday while showing journalists some impounded items, which he said, had duty paid value of N65 million.
He said the NCS was now better equipped and would do everything possible to curtail the upsurge in smuggling of prohibited goods into the country.
He gave the breakdown of the impounded goods as seven trailer loads of fairly used textile materials, 2,000 bags of rice and one trailer load of automobile tires.
Olusemire said the command also impounded one trailer load of rice concealed as bags of cement, 22 bags of cannabis and a container load of fairly used refrigerators.
He said the impounded goods were intercepted within the South-East and South-South zones.
Olusemire lamented that textile companies in Nigeria had gone moribund due to activities of smugglers.
He said: “It is very unfortunate and shameful that a Nigerian citizen will patronize fairly used textile imported from another country.
“We are out to discourage our people from indulging in prohibited businesses and I warn the smugglers that their game is up.
“We are ever ready to do our job and nothing will stop us.”
He said smugglers were losing millions of naira daily because they were into wrong business, adding that such huge amount of money could have been channeled into the right businesses for the growth of the economy.
Olusemire said the impounded goods would be sent to the IDP camps. 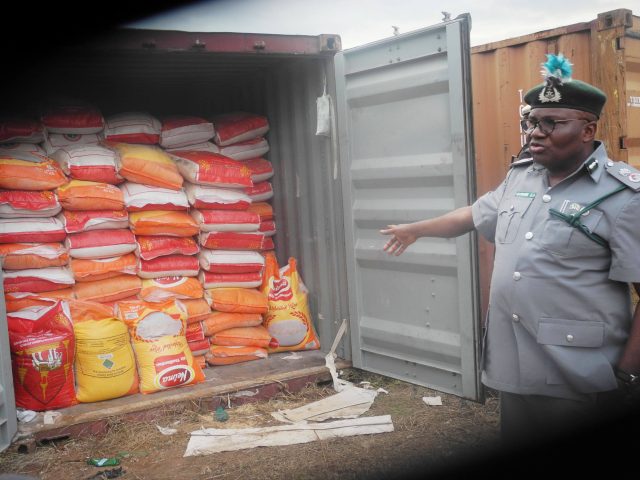 IPOB reacts to report it was behind attack on Imo Police headquarters, prison