How we rob in Lagos, use proceeds to buy cows — Niger Republic national 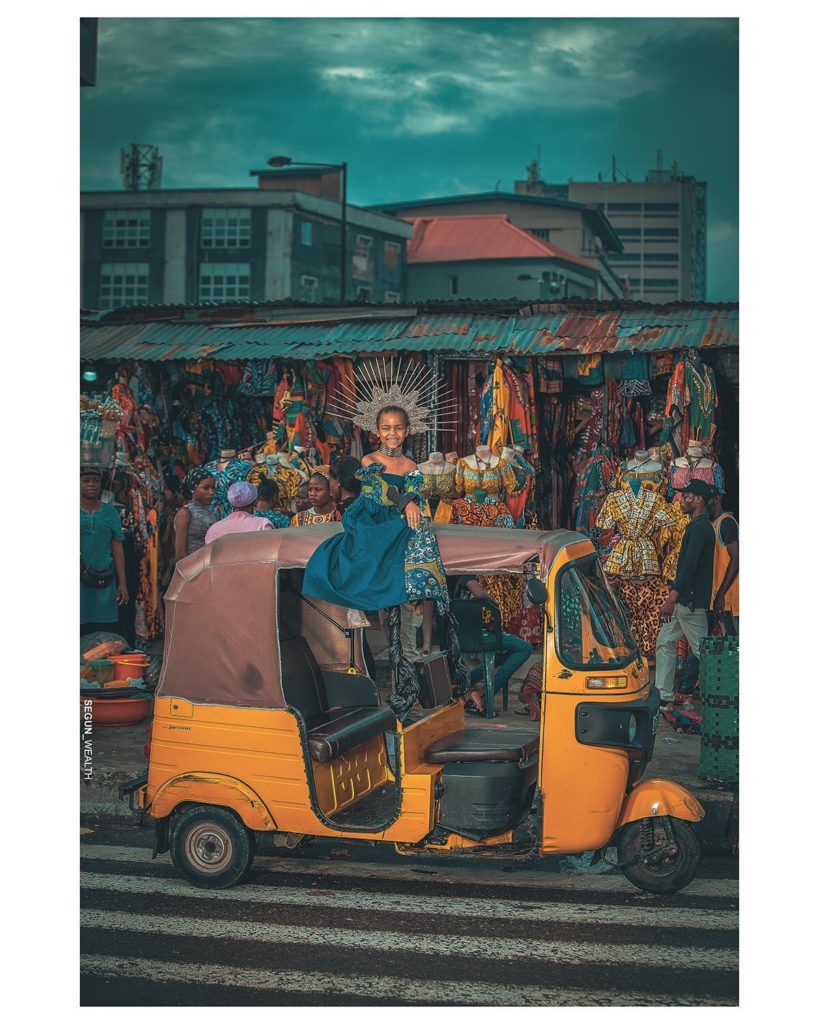 In the pictures, the model is captured against the tweaked backdrop of the busy market and dressed in a MET gala worthy dress and headpiece.
Explaining the inspiration behind the pictures, Adebayo told NAN that the market colours, ambience and the traffic inspired him to create art with the pictures.
He said: “I met June at a training for a run way show, ACFR Adaorable kids.
“And she had plastic sword in hand dressed like a fighter and was acting with Larry Edun and I decided to take a picture of their script-less play.
“It turned out to be a great shot and caught her Mom’s attention so she invited me over and we both planed the shoot we have today.
“Everything was set but the inspiration came in as soon as I saw the market colours and the broad street and massive traffic.”
NAN reports that commentators on social media were particularly stunned by the composure of the model in the pictures at such a young age.
The model, June, is of Nigerian-Dutch descent.
Asides schooling, she has been modelling for a while, plays the piano, is an actress and a ballerina.
Here are some reactions to the pictures: @informal_ifeoma tweeted: “She’s a born model and beautiful; and the photographer is hot.”
@TQinfectious said: “Absolutely gorgeous! Has my whole heart!”
@Theajebutter103 said: “This picture of a girl at Balogun market Nigeria deserves an award. Stunning Piece Of Work From @SegunWealth_”
@Livingart17 wrote: “This blew my mind! Amazing!”
NAN reports that Adebayo, who works with acclaimed Tiannah Studios, is well known for his works in fashion, lifestyle, abstract and child photography.
NAN.

How we rob in Lagos, use proceeds to buy cows — Niger Republic national

Direct primaries will not happen in Edo — Obaseki