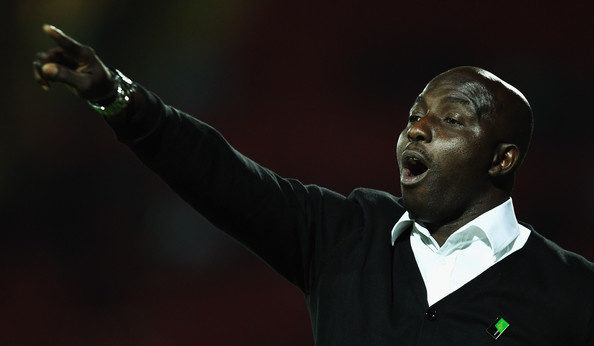 FIFA U17 World Cup highest goal scorer, Victor Osimhen, will make his first start for the Dream Team in Saturday’s U23 AFCON final against Algeria.
Osimhen, 17, played a big part as Nigeria upstaged hosts Senegal to reach this final when his header into the box led to confusion between the goalkeeper and defender, leading to a penalty from which Oghenekaro Etebo made hay.
The youngster scored a record-breaking 10 goals at last month’s U17 World Cup in Chile and he will now play alongside Junior Ajayi in the Nigeria strike force after two appearances as substitute at the tournament, which also doubles a s qualifier fornext year’s Rio Olympics.
He has been considered ahead of Liverpool loanee Taiwo Awoniyi and Warri Wolves striker Kufre Ebong, who have both failed to live up to expectations in Senegal.
The other change by Coach Samson Siasia is skipper Azubuike Okechukwu, who is back after his suspension for two bookings against Algeria.
Kick-off time is 8pm Nigerian time.
Nigeria starting XI – Emmanuel Daniel – Ndifreke Effiong, Sincere Seth, Segun Oduduwa, Amaefule Chizoba – Azubuike Okechukwu, Usman Mohammed, Oghenekaro Etebo, Tiongoli Tonbra – Victor Osimhen, Junior Ajayi.