The Kaduna State government has released shocking samples of the answer scripts of the 25,000 teachers who sat for a competency test recently, with 75 per cent failing woefully.
The appalling scripts have essentially triggered concerns about the future of Nigerian children and education standards.
On Thursday night, Kaduna State and its incompetent teachers led Twitter trends in Nigeria.
The release of the scripts was a response to the organised protests by the Nigerian Labour Congress, school pupils and the disgraced teachers, some of whom flaunted posters proclaiming: “Examination is not a true test of knowledge.”
Governor Nasir El-Rufai said the protests were in vain as his government will go ahead to recruit new and qualified teachers as planned.
Over 18,000 applications have so far been received.
El-Rufai said: “No amount of protests will deter the government from recruiting qualified teachers, while giving disengaged teachers the entitlements specified in their terms of service.”
The governor urged all teachers who failed the competency test to continue teaching “as due process is being followed for those who are to be disengaged with three months notice.
“We will start disengaging those who scored from 0-59 per cent.”
El-Rufai equally justified the partial disclosure of the poor scripts.
He said: “Many times, the decisions we take offer us no political advantages in a polity long accustomed to the false allure of populism.
“But we do what is necessary, not minding the direct impact on us.”
The NLC President, Ayuba Wabba, who led hundreds of civil servants to the state House of Assembly on Wednesday, said the competency test used as excuse to sack the teachers lacked credibility and was unacceptable.
“It was a smokescreen to just sack workers,” Wabba said, adding that legitimate institutions mandated to organise such examinations were ignored by the government.
He added: “Teaching is a profession in Nigeria.
“We have teacher training institutions and Teachers Registration Council of Nigeria.
“Why are they not the ones conducting the test?
“This is because they have sinister motives.
“That is why they didn’t use those institutions.
“They are doing this just to sack and reduce workers and we will not accept that.
“Any exercise built on faulty ground cannot stand.
“This is our position.”
Wabba alleged that the state government also plans to sack 15,000 core civil service and 5,000 local government workers.
The Northern Coordinator, Nigeria Union of Teachers, Bulama Abisu, has also condemned the sack of the teachers.
Abisu, who led NUT executive members from the 19 northern states on solidarity visit to the state, called on President Muhammad Buhari to intervene.
He said: “Teachers get the least salary in most states in the North.
“Even the meager salary is not paid as when due with huge number of teachers still being owed by the government.
“The governors are moving from holding salaries to sacking teachers on the claim of incompetency when it is the same government that employed the teachers.” 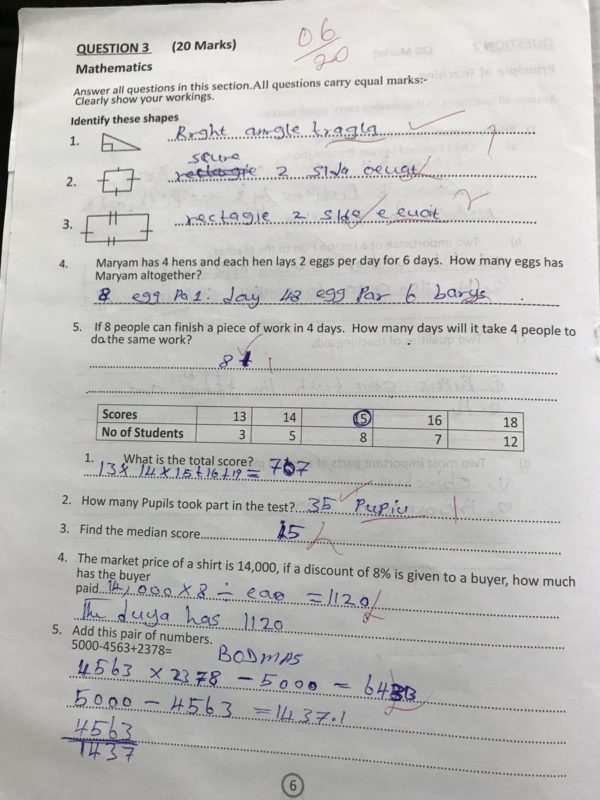 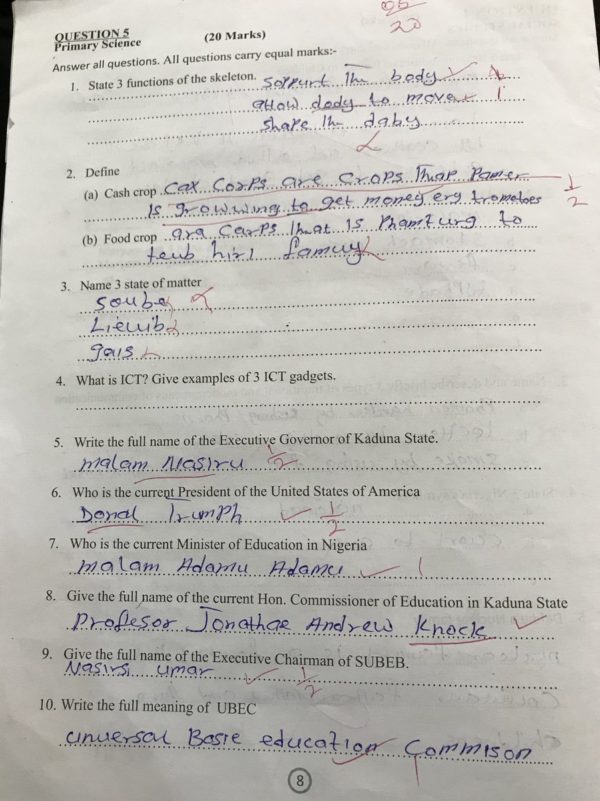 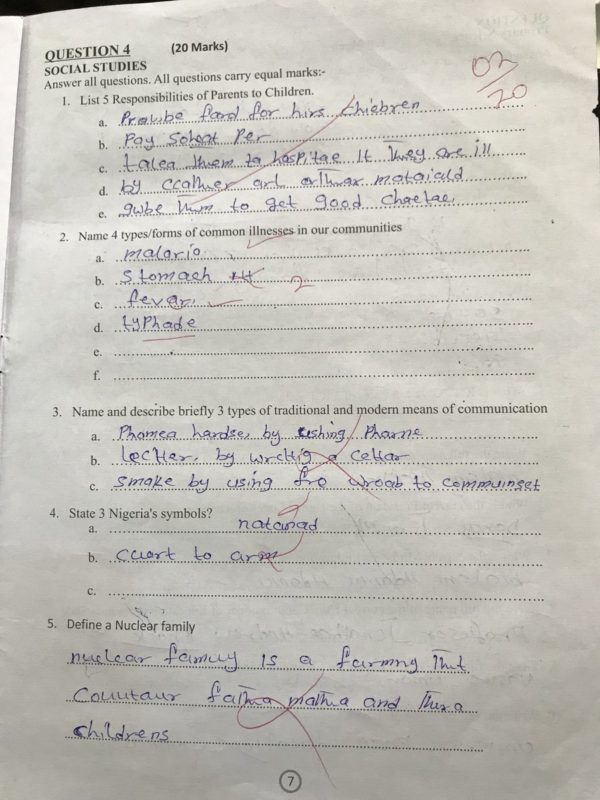 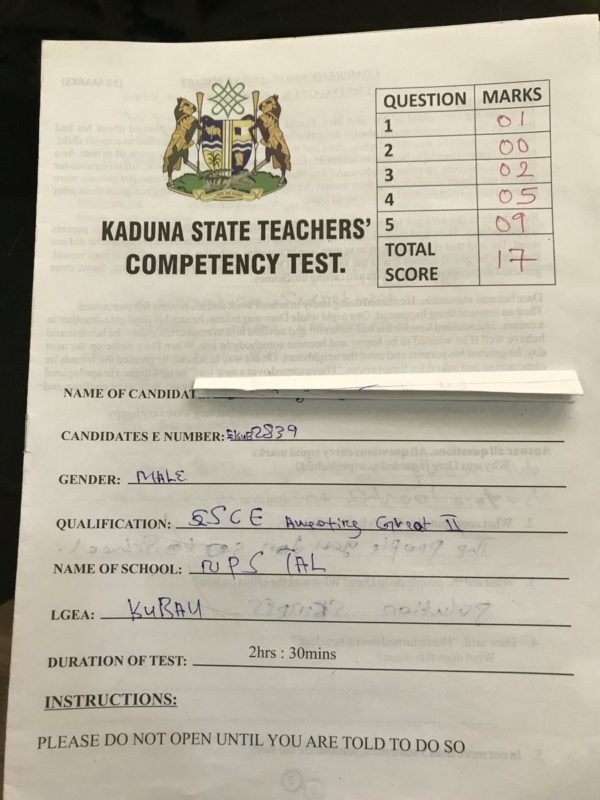 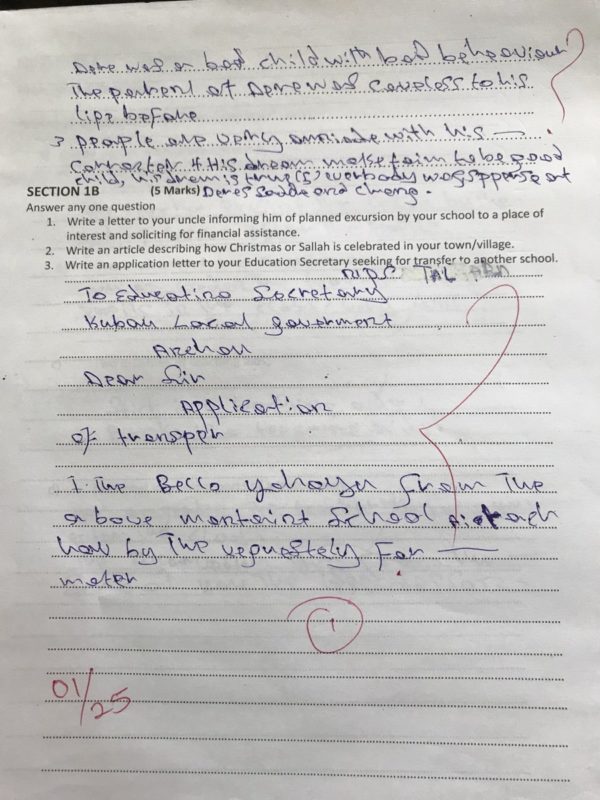 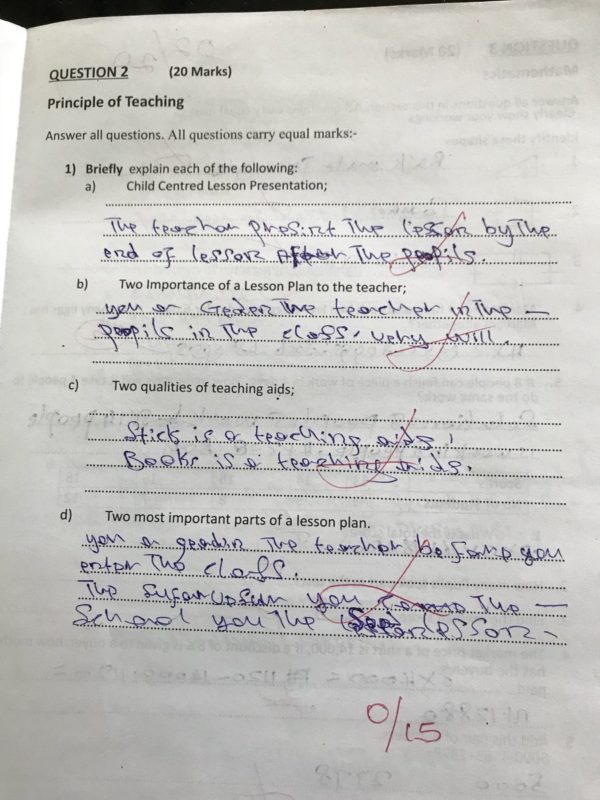 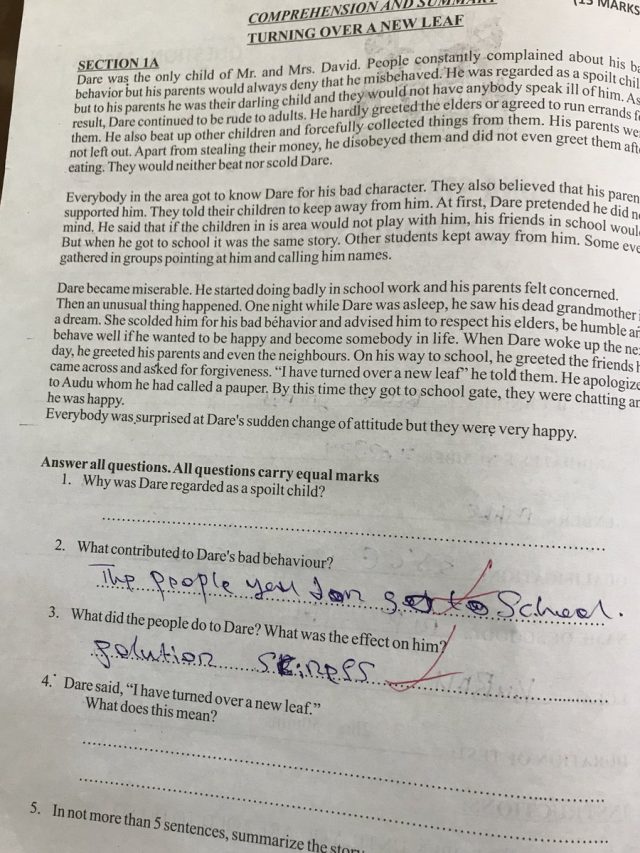 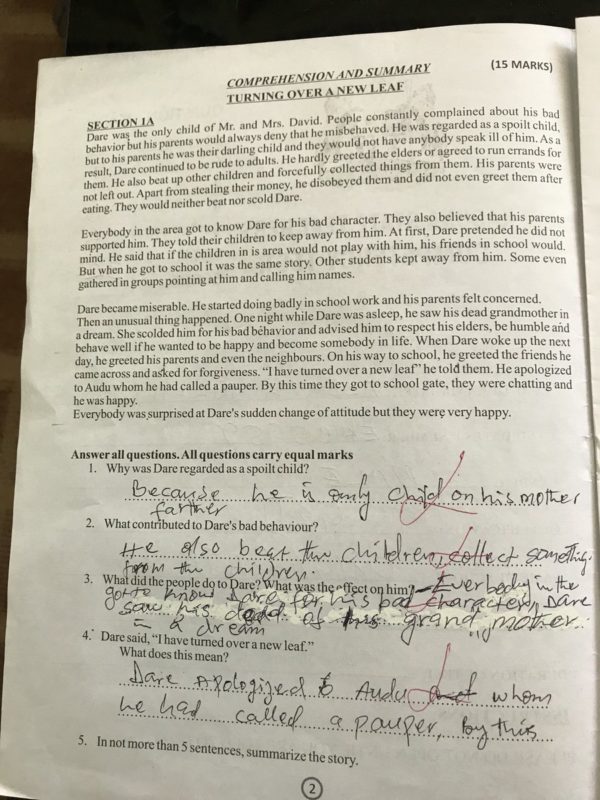 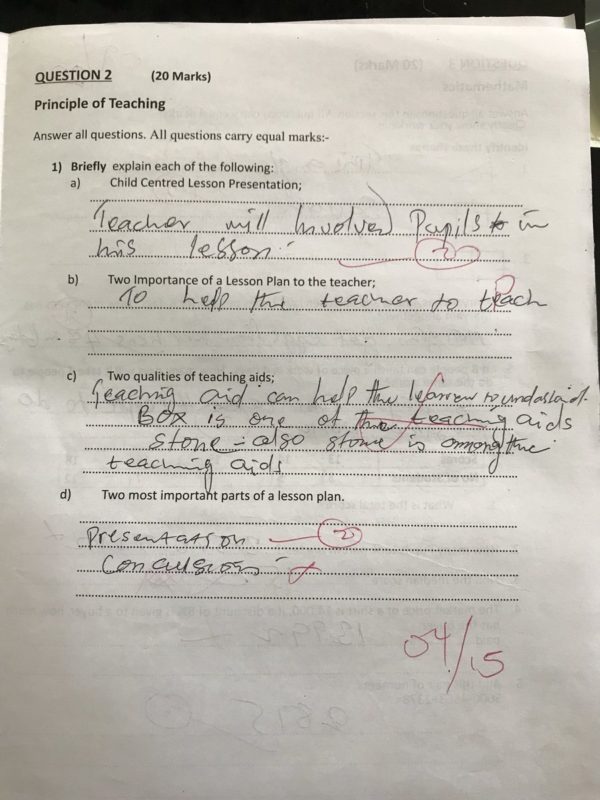 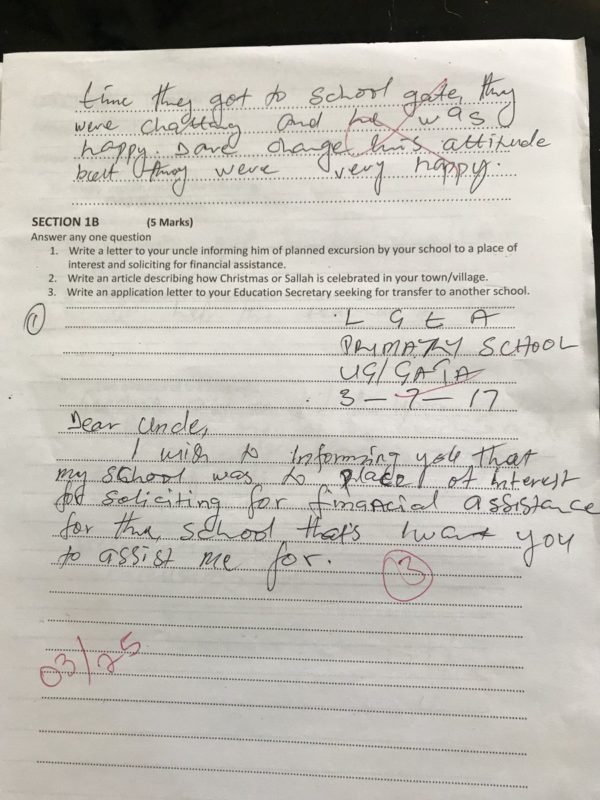 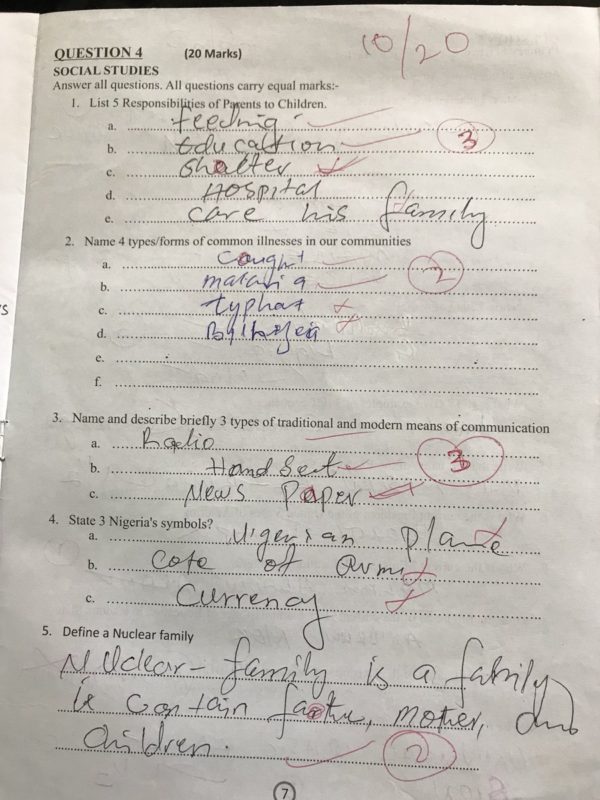 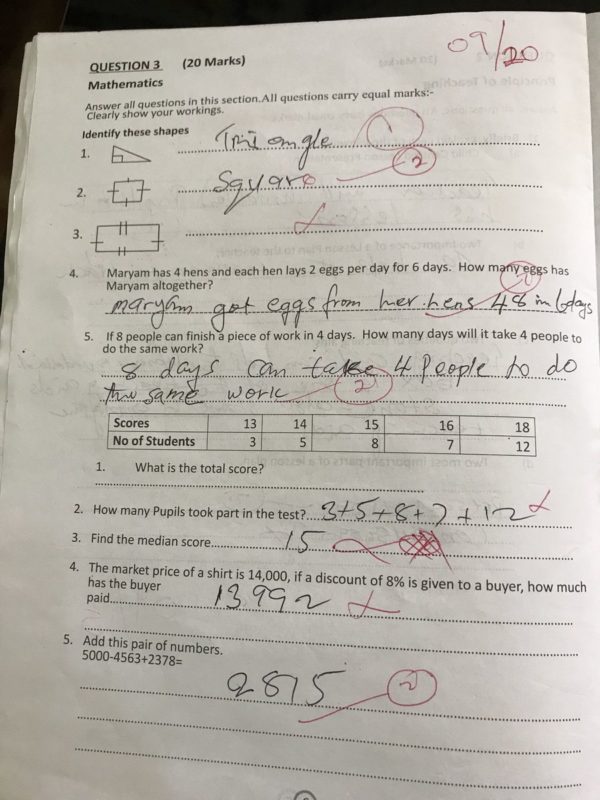 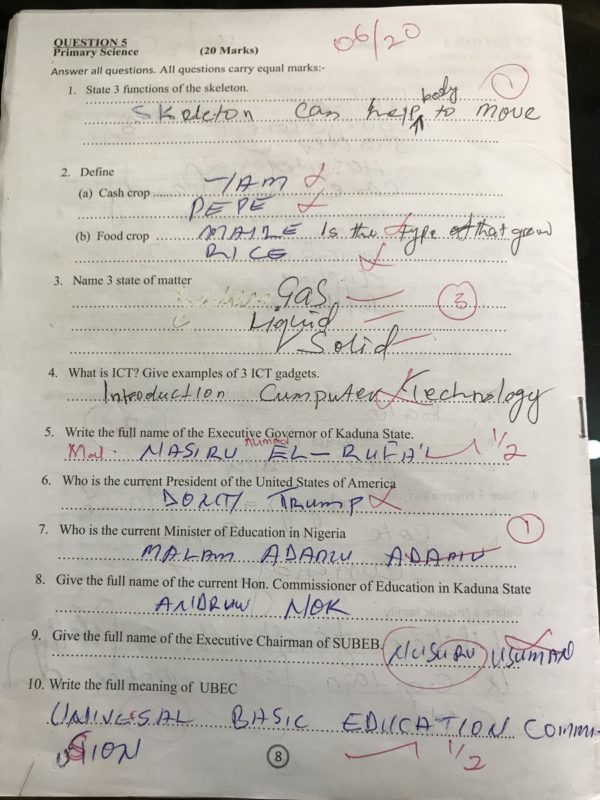