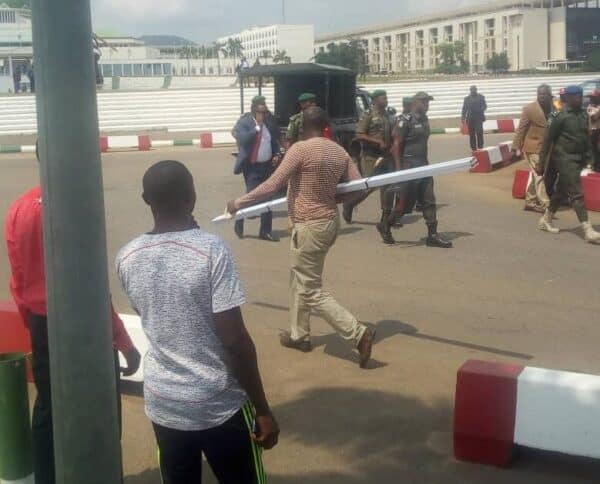 Members of the Islamic Movement of Nigeria- the Shiite on Tuesday invaded the National Assembly Complex throwing stones and injuring three police men.
The invaders stormed the complex at about 1.30 p.m., demanding the release of their leader Ibrahim El Zakzaky who has been in detention for about four years.
The News Agency of Nigeria reports that injured police men were rushed to the NASS clinic for treatment.
The protesters forced their way through the first gate near the Federal Secretariat and headed to the main building where they clashed with security operatives.
Some vehicles’ screens were broken with stones in the process, resulting in the closure of the second gate by security agents who placed restriction on movement in and out of the building.
NAN also reports that plenary is still going on at the House of Representatives.
Additional police men are also being deployed in strategic locations to forestall total breakdown of law and order in the complex.