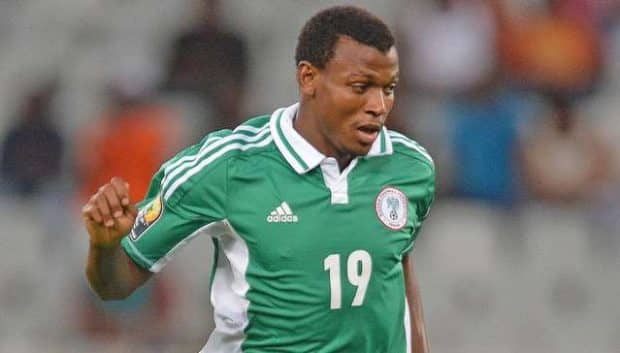 Shehu Abdullahi can barely contain his emotions after helping Omonia Nicosia to win his first League title, in over a decade.

Abdullahi signed for the club as a free agent after leaving Turkish outfit Bursaspor at the end of last season.

The Super Eagles versatile player quickly became a coach favourite and cemented his place in the starting 11 of the new Cypriot champions.

The former Kano Pillars man played important roles as Omonia finished on top of the log with 79 points with 23 wins, 10 draw, and three defeats from 36 matches.

Speaking on their triumph, Abdullahi said he’s thrilled to emerge as a league champion with the club and went on to express gratitude to the management, coach and fans of the team.

He said: “It was a great privilege to play for Omonia football as I mentioned when I joined this iconic club in September 2020.

“I was convinced with the management’s vision and a winning culture they were building. Arguably, one of the most successful clubs in this League.

“Eleven years ago was the last time we won the League title, to be part of this historic moment is a huge honor for me, my family, friends, and fans.

“This is our 21st League title, which comes during the global pandemic that denied our fans an amazing opportunity to watch our games.

“I want to appreciate the coaching staff, my teammates, and the club management for helping me to settle down and contribute hugely to this success.

“This experience will live with me for the rest of my life, this is a special home that will have a place in my heart till eternity.”

Abdullahi posted the statement on his social media handle on Tuesday.