Before we crucify Hadiza Usman, by Ayo Oyoze Baje

The Secretary to the Government of the Federation, Boss Mustapha, has commended the Nigerian Ports Authority for its commitment to the reward and recognition of excellence amongst its staff as well as the welfare of its entire personnel.
Mustapha, who was represented by the Minister of Trade and Investment, Otunba Niyi Adebayo, spoke at the 201/2018 Long Service and Merit Award put together by the management of the NPA over the weekend.
The SGF said: “Nothing can be more gratifying to a dedicated worker than recognition and celebration, and I want to commend the Board and Management of the Nigerian Ports Authority for the foresight that birthed this occasion, which I understand has not held in a long time.”
Mustapha noted that this initiative was in line with the President Muhammadu Buhari administration’s commitment to the welfare of staff as “evident in the commitment of the government to implement the new minimum wage as well as the payment of the pensions and gratuities of former employees of Nigerian Airways amongst others. The administration will leave no stone unturned towards rewarding the dedication of its workforce.”
Mustapha congratulated the awardees and charged them to see the honour as an incentive for better performance.
The Managing Director of NPA, Hadiza Bala Usman, restated the management’s commitment to the welfare of staff emphasising that this was critical to the achievement of all the reforms aimed at bequeathing an agency for which all Nigerian would proud.
In her words: “Management considers putting In place a well-motivated workforce with the requisite character, competence and capacity to optimize our rich Maritime endowment towards the sustainability of the reforms we have undertaken so far. Without this, the sustainability of the reforms we have undertaken so far as well as the audacious goals we poised to achieve as enunciated in the 25 year development plan would remain unattainable.”
The Minister of Labour and Productivity, Dr. Chris Ngige, also praised the Authority for aligning with the objective of the Federal Government in the area of improved welfare and appreciation for the workforce stated that the present administration would continue to invest assiduously in the welfare of the Nigerian workers.
This, Ngige stressed, has been exemplified through the recent approval of the National Minimum Wage and resolution of Industrial disputes.
Present at the event where over 300 staffers of the NPA were honoured, included the Minister of Transportation, Rotimi Ameachi, who was represented by the Director of Human Resources in the Ministry, Nkiru Ejiofor; Director-General of the Nigerian Maritime Administration and Safety Agency, Dr. Dakuku Peterside; former Minister of Transportation, Rear Admiral Festus Porbeni (retd); members of the board of the Nigerian Ports Authority; past Managing Director of the NPA, including  Mallam Bello Gwandu, Mallam Omar Sulieman, Aminu Dabo and Felix Ovbude, amongst hundreds of maritime stakeholders. 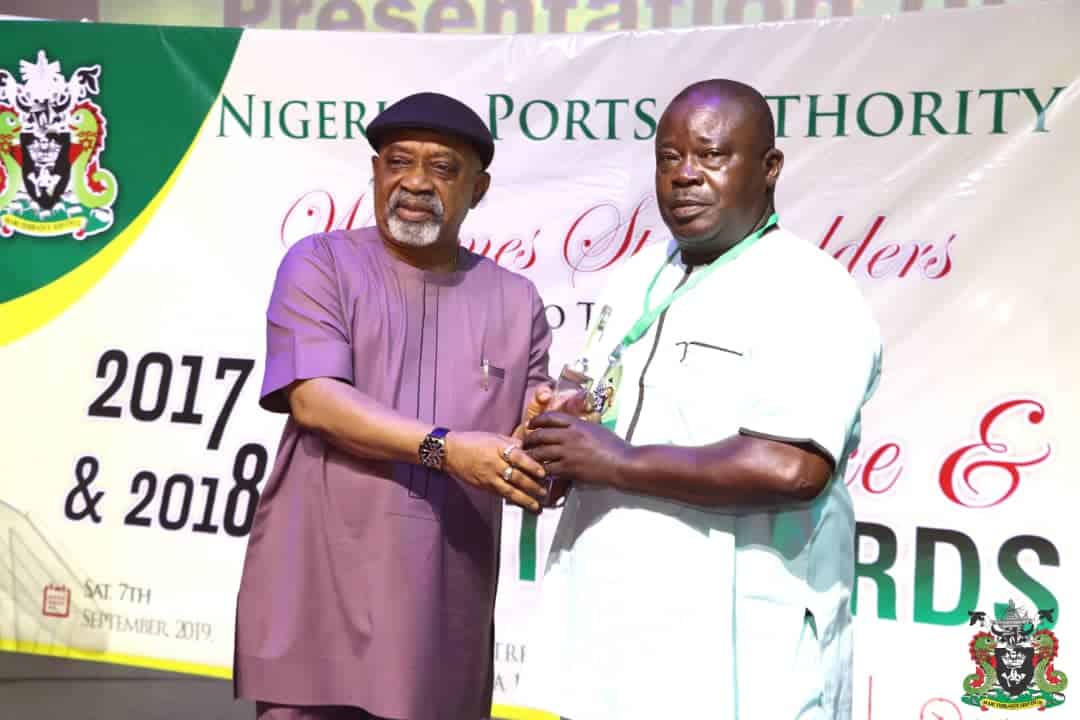 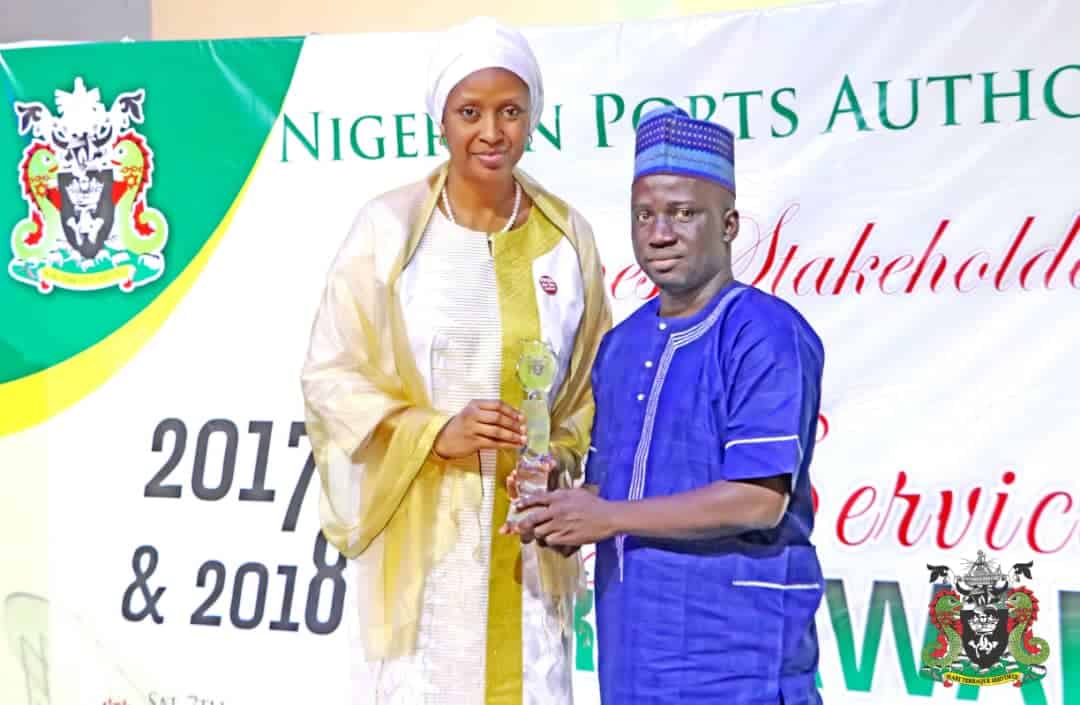 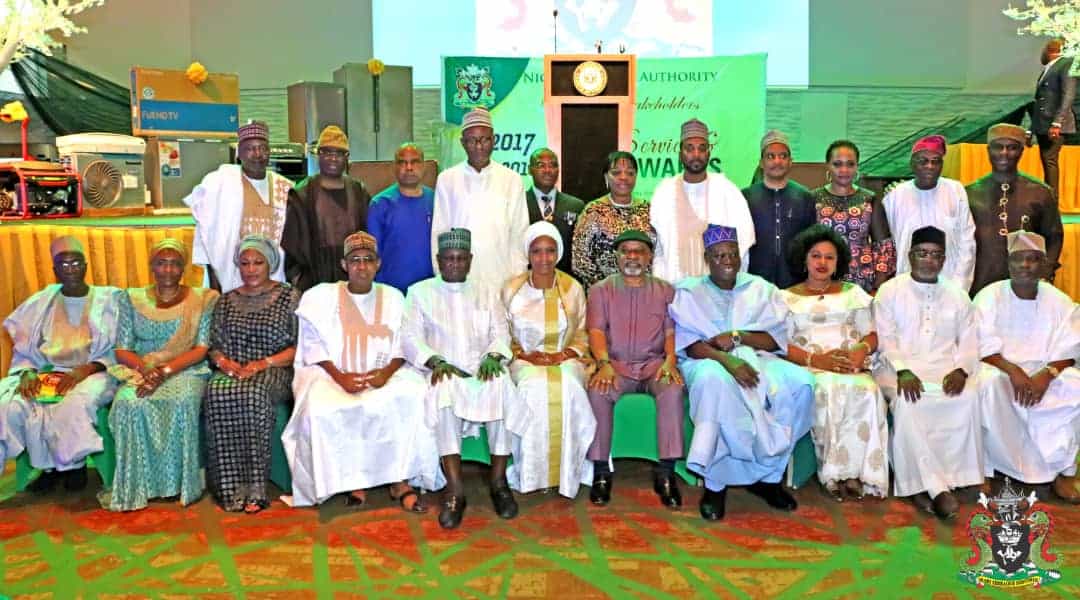 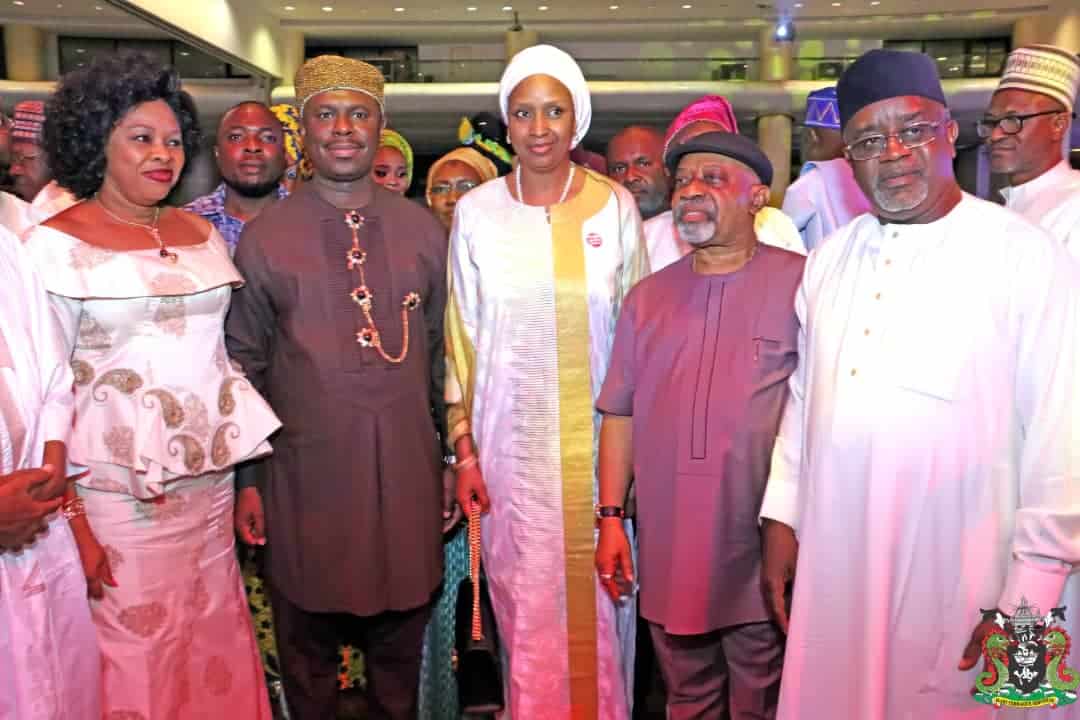 Before we crucify Hadiza Usman, by Ayo Oyoze Baje