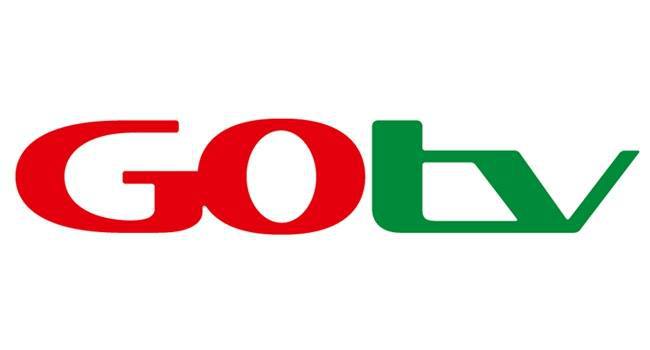 About a decade ago, the prospect of Nigerians enjoying world class digital terrestrial television remained an elusive dream as the country trailed behind other developing and developed nations in this area.  Memories and experiences of television, outside premium pay TV offerings, were limited to the provision of outdated programming by public and private terrestrial broadcasters which was in turn hindered by sub-par audio-visual quality and production values.
In 2011, however, all of that changed in Ibadan, the birthplace of African television, as the nation was put on the right track with the launch of GOtv which also premiered the advanced DVB-T2 digital broadcasting standard. This guaranteed premium grade audio-visual quality and at the same time, showed readiness to lead the country’s march towards digitization.
A whole new vista was opened as the ease of GOtv hardware installation made it an instant hit among subscribers, with the service currently available in over 50 cities in 26 states and the Federal Capital Territory.  While people like me, who rarely operate anything more complex than the zipper on my trousers, had to call in installers, those with most basic familiarity with technical stuff had no problem installing the hardware, as it required no satellite dish.
A greater part of GOtv’s appeal to customers, however, lies in its impressive channel line-up, programming and of course, affordability. Available to GOtv subscribers are the best of the Spanish and Italian football leagues, La Liga and Serie A, what industry pundits would refer to as big ticket content! In addition, the platform boasts of top-tier local and international channels and programmes available on its sister platform, DStv. Also available are local terrestrial television stations popularly referred to as Free-to-Air channels. In line with its desire to be innovative, the platform was also the first DTT service provider to carry audio channels, when it added Wazobia FM and Naija FM to its video channels.
GOtv’s operations in Nigeria over the years have been incredibly impactful, with an array of channels broadcasting news, movies (local and foreign), hit television series, children’s entertainment, documentaries, sports and other programming genres; these channels have continued to grow in number as the packages on the GOtv platform have also grown to accommodate new and existing viewers. From a single package in 2011, GOtv now offers four packages namely GOtv MAX, GOtv Plus, GOtv Value and GOtv Lite, with the last offering customers flexible payment plans of N400 monthly, N1, 050 quarterly and N3, 100 yearly. GOtv MAX, the platform’s fattest package with over 65 world class channels, now costs N3, 200 monthly.
But beyond affordability, ease of access and use for viewers, what does the seventh year of GOtv’s operations mean for the Nigerian broadcast industry, especially with fast changing TV consumption habits and the race for a global digital switchover? From a policy standpoint, GOtv’s operations contribute to Nigeria’s digital switchover which in turn substantially buoys the country’s GDP. With a population over 180 million people and a TV penetration of just about 2.5 million digital TV homes, the potential is endless and GOtv continues to serve as template for the effective implementation and deployment of quality, feasible and scalable advancements in DTT provision that meets global broadcast standards whilst spurring local creative, technical and entrepreneurial sectors, industries and economies.
The impact of GOtv can also be seen in the celebration and promotion of our local content industry. With three channels devoted to broadcast in the country’s three major languages have come bigger investments in acquisition of local creative content, the result of which has been a spike in the patronage of producers. Along with this has come the exposure to other cultures in the country via the hugely popular Africa Magic channels. This, I have to say, would have been much slower without a platform aggregating diverse indigenous language content and giving producers an outlet for their craft.
The increased demand for local television content certainly has economic implications, which manifest in the ability of content creators to retain personnel, hire more and are encouraged to raise production standards. Content creators are by no means the only category to have been empowered in the seven years GOtv has been with us.
Through a variety of skill impartation and entrepreneurship schemes, GOtv has created thousands of employment opportunities for Nigerians. This, notably, has seen young men and women trained and hired sales canvassers, installers, retailers and maintenance personnel, called GOtv Sabimen, who move from door-to-door to resolve technical issues and customers’ complaints. According to a Deloitte report on MultiChoice’s Economic Impact in Nigeria (2017), there are 2,937 Sabimen while there are also thousands of installers, retailers and tens of dealers.

Another major impact of GOtv can be gleaned from its efforts to develop Nigerian boxing through GOtv Boxing Night. The event, which started in 2014, was conceived to rescue the sport from the pit of near-irrelevance it slipped into for about two decades.
Now in its third year, GOtv Boxing Night has remade the sport locally and won admirers around the continent, where it is beamed live to audiences in 47 countries. The event has made previously unknown Nigerian boxers local and continental superstars and rekindled domestic interest in the sport. Nigerian boxers currently earn about ten times what they earned pre-2014, with the sweetener of between N1million and N2.5million given to the best boxer at the event. Their rankings by regional, continental and global boxing organizations have similarly taking a leap because they get regular opportunities to fight and build their fight records unlike before when they endured a two to four-year hiatus between fights. The future, from all indications, is pregnant with positive developments, which Nigerians and indeed Africans are on the lookout for.  By Bolaji Falola.