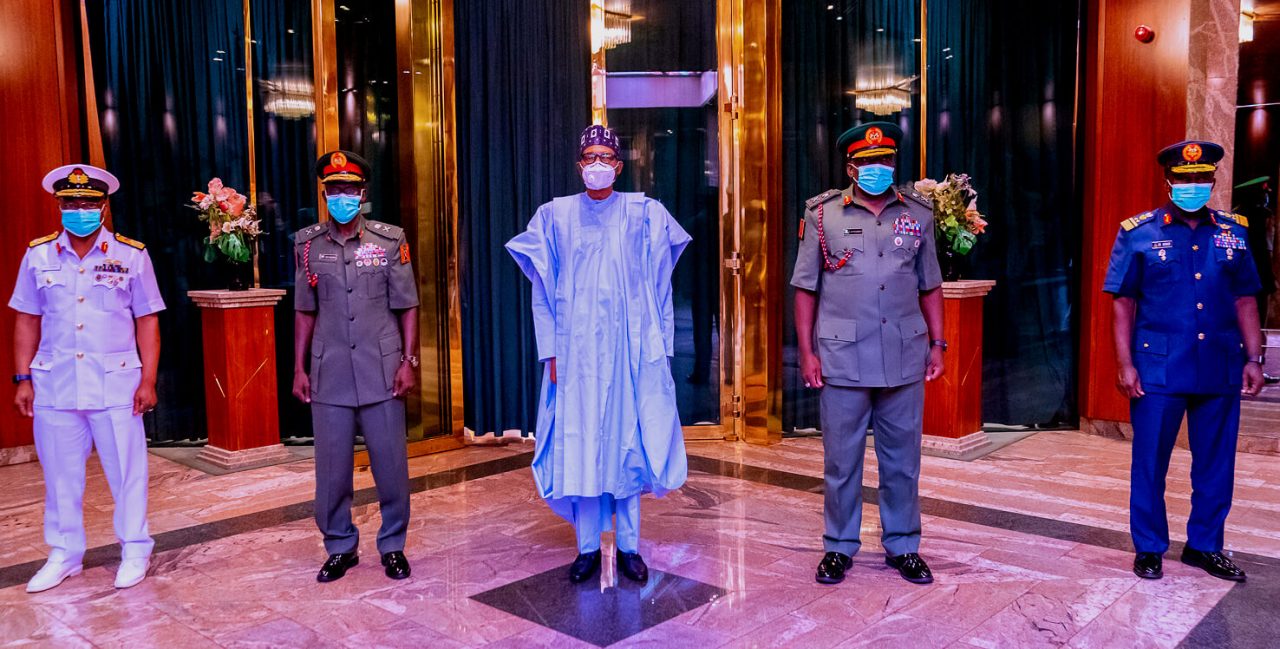 The Service Chiefs have agreed to subordinate themselves under the Chief of Defence Staff, General Lucky Irabor, in line with universal best practices.

The Chief of Air Staff, Air Marshal Oladayo Amao, said that Commanders of all ongoing military operations will henceforth report directly to Irabor, as obtained in military organizations across the world.

The decision of the Service Chiefs may not be unconnected to the frosty relationship that existed between the former Service Chiefs and the erstwhile CDS, Gabriel Olonisakin.

In a statement by the Director of Public Relations and Information, Air Commodore Edward Gabkwet, the Service Chiefs, took the decision to strengthen efforts to check the security challenges in the country.

According to the statement, “the Chief of the Air Staff (CAS) Air Marshal Oladayo Amao has stated that the Nigerian Air Force (NAF) and other sister Services have agreed to subordinate themselves to the Defence Headquarters (DHQ) under the able leadership of the Chief of Defence Staff (CDS), General Lucky Irabor.

“According to him, just as it is obtainable in military organizations worldwide, the DHQ is responsible for the command and control of the entire Armed Forces of Nigeria (AFN) which also means that all ongoing joint operations and Joint Task Forces are directly subordinated to the DHQ, and their commanders report directly to the CDS.

“This, he said, is the new line the Service Chiefs have all agreed to tow as efforts are on to bring the various security challenges to an end. Air Marshal Amao made this known in Makurdi while on his maiden tour of Tactical Air Command (TAC). According to him, ‘When we say we are members of the AFN, we mean the three Services represent a single entity. When we accept the fact that we the members of the AFN constitute a united entity, the need for rivalry will not arise.”