Serie A: Osimhen wins Napoli Player of the month award 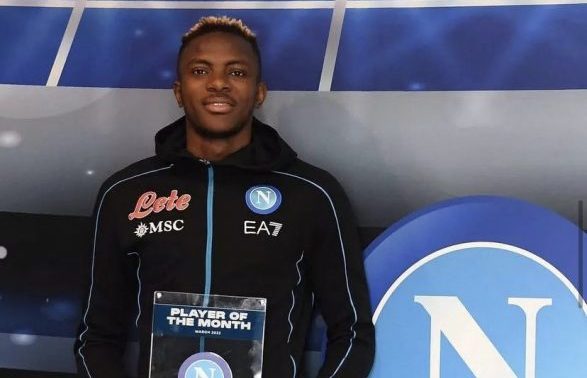 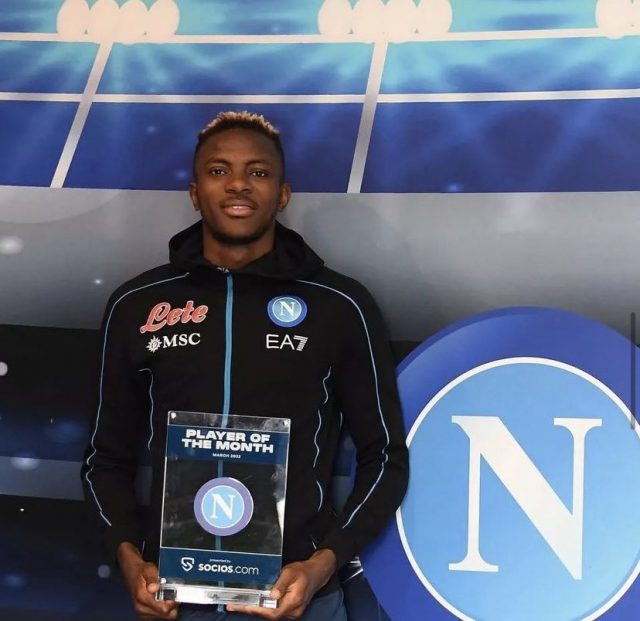 Super Eagles striker Victor Osimhen has been awarded the Napoli player of the month for March.

In fact, he scored all of Napoli’s goals in March, helping his side to victory in two of their three games in the month.

This season has been fruitful for the 23-year-old, as he has already won two awards in the Serie A.

Then in a post on Napoli’s social media handle, Osimhen was announced as Napoli player of the month for March.

The Partenopeans currently sit third in the Serie A, four points off leaders AC Milan, with five games left.

Napoli can still win the Serie A, but it could be a tough ask.

Nonetheless, if they are to break their 32-year Scudetto drought, Osimhen would play a significant role.