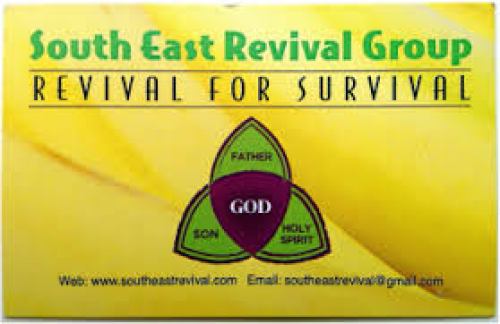 The pan-Igbo sociopolitical pressure organisation, the South East Revival Group (SERG) has commended the leader of Afenifere, Pa Ayo Adebanjo and the entire membership of the pan-Yoruba socio-political group for reiterating their continued support for the Labour Party’s presidential candidate, Peter Obi ahead of the 2023 general elections.

The President and National Coordinator of the SERG, Chief Willy Ezugwu, in a statement in Abuja, noted that “the unequivocal support coming from credible South West political bloc, which the Afenifere represents, is a support for equity and justice, which will boost Nigeria’s national unity.”

The South East group maintained that “the renewed declaration of support for the Peter Obi presidential bid, alongside his running mate, Yusuf Datti Baba-Ahmed, by the Afenifere has demonstrated that there are still individuals and groups around who love the country and would sacrifice anything to keep the Nigeria united and prosperous.

“The support by Afenifere is in line with the advocacy sustained by the former Executive Governor of Kaduna State and elder statesman, Alhaji Balarabe Musa ahead of the 2023 general elections before his death.

“Alhaji Balarabe Musa had urged Nigerians to give the South East the chance to produce the next President of Nigeria in 2023 to give the region a sense of belonging.

“We, therefore, totally agree with Pa Adebanjo that by Afenifere’s support, the group is contributing to shaping Nigeria into a truly Federal Republic where no person or ethnic nationality would be sidelined or oppressed.

“We recognize the fact that Afenifere as well as the Southern and Middle Belt Leaders Forum have been consistent in their advocacy for restructuring and, by extension, the need for a Nigerian President of South East extraction as part of efforts towards national integration.


“With this reiterated endorsement from the Afenifere against all odds, it should now sink into the minds of all Nigerians, especially South East political leaders, that the Peter Obi presidential bid is devoid of ethnic colouration and must be embraced by all and sundry in Igboland.


“We therefore call on all Igbo sons and daughters to join the support train, not because Peter Obi is an Igbo but because he has proven to be competent with reasonable understanding of Nigeria’s problems and how they can be fixed.

“Nigeria is greatly troubled on every sector, with complications from security challenges as evident in all parts of the country and we need urgent rescue from total collapse.

“Peter Obi has a track record of integrity, competence, proven performance and has expressed his readiness to work with Nigerians of all tribes and religion to make the country work again by focusing on production, which will boost the country’s economy and return the country to the path of recovery and prosperity”, the SERG said.