Serena pulls out of Wimbledon 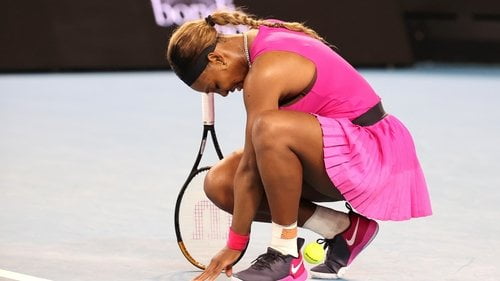 Serena Williams’ hopes of an eighth Wimbledon title are over after an ankle injury forced the world number eight to retire from her first-round match with Aliaksandra Sasnovich.

The seven-time singles’ winner at the All England Club slipped in the fifth game and left Centre Court for treatment.

She returned 10 minutes later but after getting emotional at the reception afforded to her by the crowd, the pain was evident on Williams’ face as she tried to serve to her Belarusian opponent.

Despite the best efforts of the 39-year-old, she had to call it quits and it means her pursuit of a record-equalling 24th grand slam is again put on hold.

Opponent Sasnovich said courtside: “I am so sad for Serena. She is a great champion. It happens sometimes in tennis, but all the best to her for her recovery.”

Williams’ injury occurred shortly after Adrian Mannarino had also been forced to retire on Centre Court against Roger Federer after the Frenchman slipped.

Mannarino hurt his right knee and it saw his encounter with the Swiss great brought to an early conclusion at the end of the fourth set.

It was a similar story for Williams who had started her pursuit of a 24th grand slam in fine fashion after breaking her opponent in the fourth game.

An initial wobble to a Sasnovich return was followed by another moment of discomfort.

Immediately Williams looked down to her left ankle and with heavy strapping already on her right thigh, it was an unwelcome moment for the Florida resident.

Two double faults contributed towards Sasnovich breaking back before the trainer was called on and a medical time out eventually taken.

While Williams made her way back onto Centre Court after a 10-minute delay, she was emotional as the crowd urged the seven-time champion to continue.

A couple of powerful winners raised brief hopes the veteran may be able to last but once it came to her serve she was unable to put weight on her left ankle.

In tears, Williams had to be helped off court and will not join her older sister in the second round after Venus had triumphed in a marathon contest with Mihaela Buzarnescu, which lasted two hours and 37 minutes on Court Three.

Earlier this month Serena Williams already confirmed she would not compete at the Olympics in Tokyo and her focus will be on recovering in time for the US Open later in the year.