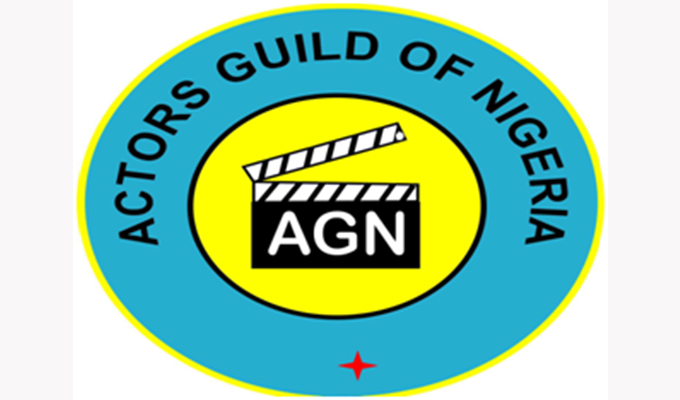 The Actors Guild of Nigeria says it will hold a stakeholders meeting to address the controversy that trailed the recent appointment of Senator Ishaku Abbo as one of its patrons.
Emeka-Rollas Ejezie, National President of the Guild, disclosed this in a phone interview with the News Agency of Nigeria on Thursday in Abuja.
NAN reports that Abbo, representing Adamawa North Senatorial District at the 9th National Assembly, was installed as a patron of the AGN at its 9th Biennial Lecture held on March 11 in Abuja.
NAN reports that the lawmaker’s appointment has stirred unpleasant reactions on social media from some industry watchers and players, including some female members of the association, arguing that Abbo was not suitable for such position.
They hinged their argument on a viral video that emerged on the internet where the lawmaker was seen beating a nursing mother in a sex toy shop in Abuja last year.
Nollywood superstar Kate Henshaw had taken to her Twitter page to declare that the lawmaker was not worthy to be a patron of the AGN, adding that there were women in the Guild who would not like to be slapped.
Henshaw tweeted: “I do not mince words when I say @AbboElisha is NOT worthy to be a patron of the Actors Guild of Nigeria.
“We have women in this guild and we do not want to be slapped!!”
Also, veteran Nollywood star, Hilda Dokubo, said: “An abuser of women as Patron of Actors Guild of Nigeria is an unpardonable abuse of the rights of all the females in the creative space especially #actors.
“We must stop every attempt at rubbishing our values as a people with such appointments in whatever guise. Consequently, Senator Abbo must be de-listed from our list of Patrons now.”
Consequently, Northern actors have reportedly threatened to leave the AGN if  Abbo is removed as a patron of the group.
Jimmy Lot, Chairman of the Adamawa State chapter of the AGN, said the lawmaker was recommended for the appointment because of his tremendous work and support to actors and youths in the North East.
Lot said: “Those people raising issues, do they think that there are no women in the North or in Adamawa that can fight the Senator?
“We the Adamawa chapter recommended him because of his performance to his constituency, and so based on his performance we rated him and recommended him to the national AGN.”
Nevertheless, Ejezie told NAN that the AGN was set to hold a stakeholders meeting on March 23 in Lagos to address all views and objections concerning the appointment of its patrons.
He however frowned at the decision of some of the Guild’s members to express their opinions and displeasure on social media.
He said: “We have fixed a stakeholders meeting for Monday and put out a notice for members to come, so let them come and talk about it.
“We don’t run our Guild on social media because we are one big family.”
NAN.