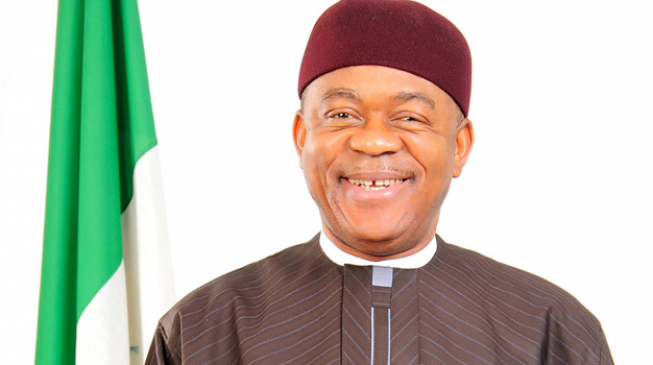 The Senate on Tuesday urged the Federal Government to ban the production, importation or circulation of snipers insecticide a product currently being used to commit suicide.
The call by the senate followed a motion sponsored by Senator Theodore Orji (Abia Central) and 15 other senators on the rising incidence of suicides amongst Nigerians.
Orji, while making his presentation noted with grave concern the rising cases of suicide particularly amongst the youths.
He said suicide could be prevented particularly when family, friends and close relatives of the persons contemplating suicide provide them with support.
He also said that it was worrisome that the number of Nigerians taking their lives had assumed a frightening dimension saying that government and religious institutions should help address the ugly situation.
Contributing further, Senator Bamidele Opeyemi said the issue of suicide was more of a sociological issue having to do with depression, mental issues and ultimately poverty.
He said the senate must interface with the executive to address the challenges in the economy by creating opportunities for employment via industrialisation and agriculture.
Contributing further, Senator Rochas Okorocha said many Nigerians were committing suicide because they are not happy.
He said the government should find out why people are not happy and why they are taking their lives.
Okorocha, therefore, advocated the creation of a government Department or Ministry of Happiness to address why people are taking their lives.
Other senators who contributed to the motion emphasised the need to address the unfriendly economic situation that leaves victims with no option than suicide.
Passing the motion, the Senate also urged the Federal Government through the Ministry of Information, National Orientation Agency, Ministry of Health to create awareness on how to control stress and depression.
The Senate also urged government through the National University Commission to review the school curriculum and come up with compulsory courses that will enable students place value on their lives and detest suicide.
It also urged the religious bodies across the federation to always preach love, peace and how to relieve stress and depression.
The senate added that there was the need to engage the executive to expand the special intervention programme of government to leverage on extant schemes like the N-Power in creating economic opportunities for the vulnerable people.