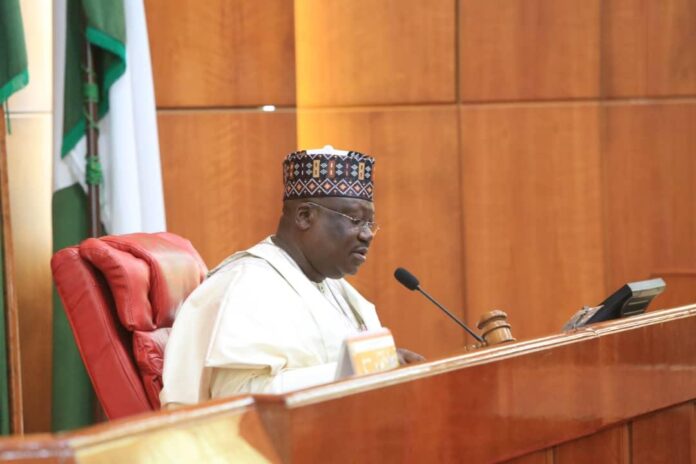 The Senate has decided to amend the Companies and Allied Matters Act without public hearing.
The bill has already been passed into second reading on the Senate’s floor.
The aim of the amendment is to provide for the incorporation of companies, limited liability partnership, limited partnership, registration of business names together with incorporation of trustees of certain communities, bodies, association and for related matters.
The bill is sponsored by the Senate Leader, Senator Abdullahi Yahaya.
The decision of the Senate to skip public hearing was because the bill was passed by the 8th Senate.
It could be recalled 8th Senate had passed the bill that reenacted the Companies and Allied Matters Act, which is said to be the biggest business reform bill in Nigeria in over 28 years.
Speaking after the passage of the bill, the Senate President, Senator Ahmad Lawan, said that there will be no need for public hearing on the bill, but the Senate will go through the procedure.
Lawan said: “This Bill is one Bill that is so critical to the business environment in Nigeria.
“We do not need to waste time.
“What we however have to do is to strictly go through the processes and procedures of doing our Bills.
“So we will fast track it and for this Bill we do not have to go through public hearing again because this is a Bill that people have contributed their opinions on.”
The Senate President referred the bill to the Senate Committee on Trade and Investment for further legislation.
The Committee is to submit the report within one week.