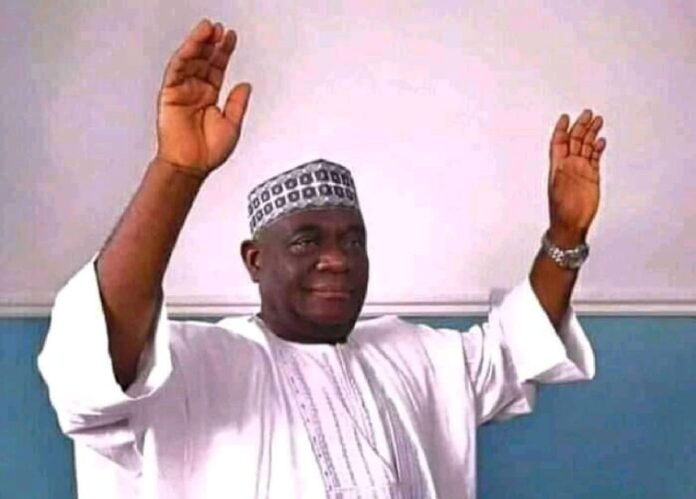 The Senate on Tuesday suspended plenary and other legislative activities till Wednesday over the death of Senator Ignatius Longjan.
The suspension of plenary followed a point of order raised by the Majority Leader, Senator Abdullahi Yahaya.
Abudullahi cited order 43, which gave provision for personal explanation, and officially announced the death of Senator longjan.
He said: “We have lost Senator Longjan representing Plateau South.
“He was Vice Chairman, Committee of Foreign Affairs, but died on February 10 after a brief illness.
“He was a pleasant person to meet and discuss with, he was a politician who contributed immensely to the development of his state and the nation in general.
“We pray he rests in the bosom of the Lord.
“May his soul rest in perfect peace.
“Mr President, it is our convention that the Senate does observe a minute silence in his honour and, therefore, suspend plenary and every other legislative activities for the day.
“I, therefore, move that the Senate do observe a minute silence in honour of our departed colleague, suspend plenary and every other activities for the day, I so move.”
The motion was seconded by the Senate Minority Leader, Senator Enyinnaya Abaribe.
In his remark, the Deputy President of the Senate, Ovie Omo-Agege, who presided over plenary, said: “Our hearts are very heavy today; this is indeed one loss too many, just as we are still grieving over the loss of Senaor Ben Uwajumogu.
“Within two months, we are again faced with another death.
“It is very painful.
“He was an amiable gentleman, who rendered patriotic service to his state as Deputy Governor and as senator.
“We will miss, him, his state will miss him, the country will miss him and, of course, his family will miss him.
“On behalf of the Senate, we extend our most sincere condolence to his family and the people of Plateau.”
The Senate having observed a minute silence in honour of late Senator Longjan, adjourned plenary till Wednesday.
Omo-Agege said the Senate would on Wednesday hold a valedictory session for Senator Ben Uwajumogu, who died on December 18, 2019.