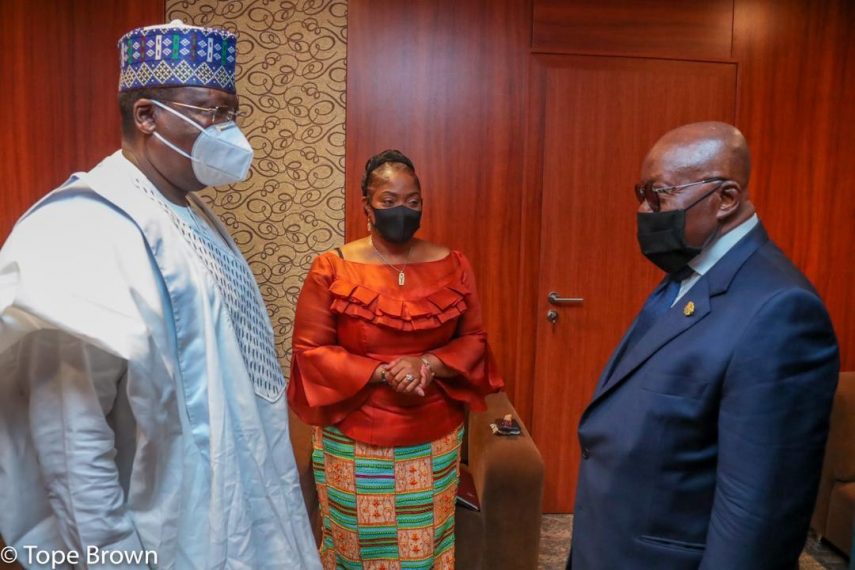 President of the Senate, Ahmad Lawan, has charged the Economic Community of West African States Parliament to, as a matter of urgency, seek ways of addressing the prevalence of terrorism and irregular migration affecting member states.

This was just as he bemoaned the spate of insecurity and cross-border crimes such as banditry and kidnapping, which, according to him, are severe threats to the stability and economic progress of most countries within the West African sub-region.

Lawan gave the charge on Thursday in a speech delivered during the 2021 First Ordinary Session of the Economic Community of West African States (ECOWAS) Parliament.

The Senate President, identified insurgency, drug trafficking, and ceaseless ethno-religious struggles as problems that continue to interfere with the freedom of citizens to move between member nations as guaranteed under the ECOWAS protocol on Free Movement of Persons and Goods.

He, therefore, called on ECOWAS Parliamentarians to seek out interventions aimed at tackling the lingering problems which are predominant features among member states.

Lawan added that doing so would ensure regional economic growth, besides tackling unemployment and stimulating economic multipliers within the sub-region.

He said: “While the ECOWAS protocol on Free Movement of Persons and Goods remains a prized policy, for instance; insecurity, instability, and conflicts are matters requiring continuous attention.

“The freedom to move between member nations is helpful to sub-regional economic growth, besides increasing the attendant benefits like job creation, reduction in underemployment, stimulation of economic multipliers, and better wellbeing.

“This can hardly happen in an atmosphere of strife, cross-border crimes like banditry, insurgency, drug trafficking, and ceaseless ethno-religious struggles, amidst others.

“As parliamentarians, we must examine the dimensions associated with these occurrences towards appropriate interventions.

“An accord of purpose between member nations creates the needed synergy for the actualization of uniform visions.

“The fostering of this uniformity partly rests with us and I am confident we can accomplish this, despite the limitations of institutional empowerment.

“It is possible through consistent advocacy, and the broadening of understanding on our objectives.”

Lawan added: “For emphasis, this First Ordinary Session for the year 2021 is also projected to help us chart ways forward in the months ahead, particularly in engendering cohesion in eliminating terrorism, all forms of extremism, and the better implementation of trade agreements and protocols.

“Added to these are the need to focus on irregular migration, often leading to needless sorrows, pains, and deaths; the fight against diseases, drought, and the requirement to entrench transparency and accountability in our governance systems.

“I am additionally assured that we are well prepared to make our inputs from our individual appreciation of the issues, towards finding lasting solutions to the challenges.”