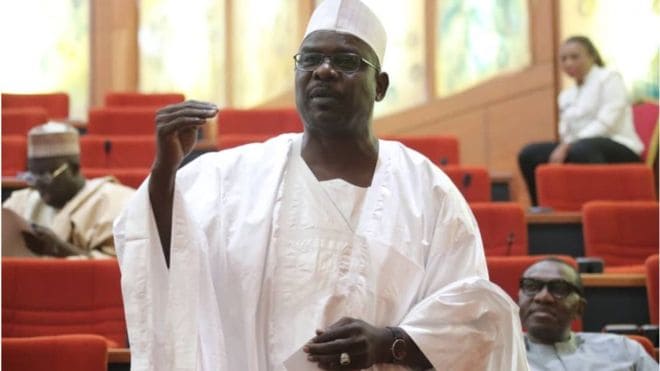 The chairman, Senate Committee on Army, Senator Mohammed Ndume, has indicted the federal lawmakers over approving loan requests from President Muhammadu Buhari, saying they do not pay enough attention to the details of the loans.

Ndume made the observation during an interactive session with newsmen, adding that the way the lawmakers approve the loans make Nigerians look at the National Assembly with suspicion.

Ndume’s statement came less than 48 hours after President Buhari submitted a loan request of $4 billion, £700 million to the National Assembly for consideration.

The former Senate leader, who explained that some of the loans approved by the National Assembly are yet to be collected, wondered why the rush in approving loan requests from the President.

He noted that it is not a crime to borrow, but the terms must be carefully looked at.

“What I am worried about is the way the Senate is handling it. It is supposed to be a house of deliberations. You have to look at it critically, not that we just sit down and approve.

“The way we do it makes Nigerians look at us with suspicion. That’s why they call us rubber stamps. It is because we don’t carry Nigerians along. There are things we can do in a hurry, but for loans, we should take our time.”