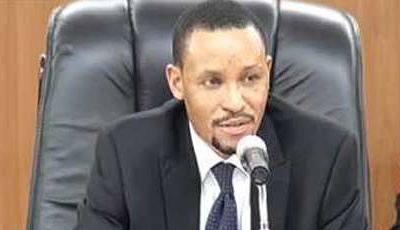 The Senate on Thursday approved the commencement of the investigation‎ of the Chairman of the Code of Conduct Tribunal, Danladi Umaru, over allegations of corruption.
The Senate’s decision was sequel to a petition submitted by Senator Obinna Ogba on behalf of the Anti-Corruption Network.
The petition was signed by Ajaso Ajaso.
Immediately the petition was submitted, the President of the Senate, Dr. Abubakar Bukola Saraki, referred it to the Senate Committee on Ethics, Privileges and Public Petitions.
When contacted about the detail‎s and date of hearing, the Chairman of the Senate Committee on Ethics, Privileges and Public Petitions, Senator Sam Anyawu, said he does not know the content of the petition yet.
Umar is presiding over the hearing of a 13-count charge of false asset declaration against Saraki while he was the governor of Kwara State.
It could be recalled the same group that petitioned the Senate on Umar had submitted a similar petition to the House of Representative against the CCT chairman.
The Anti-Corruption Network alleged that Umar awarded contracts for the supply of office furniture and fittings at N11.3 million, which was executed by “an engineering company and not a furniture or supply outfit”.