Senate 2019: I have not dropped my ambition – Uduaghan 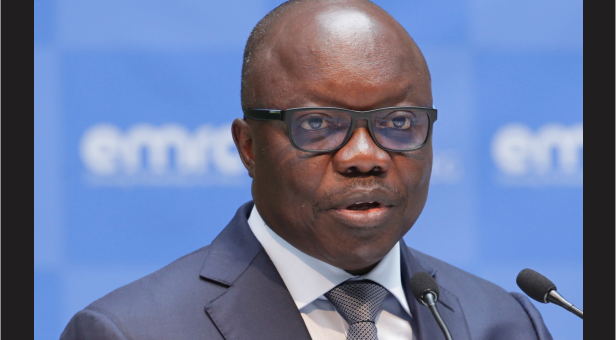 Share
Facebook Twitter LinkedIn Pinterest Email
The immediate former Governor of Delta State, Dr. Emmanuel Eweta Uduaghan, has debunked the rumour making the rounds that he has chickened out of his senatorial ambition ahead of the 2019 general elections.
Uduaghan stated this in his Warri, Delta State residence when he played host to the Coalition of Bomadi Local Government Area Elders, led by its leader, Revd. Gbenekuru England, and dozens of youths drawn from different youth groups in Bomadi Local Government Area.
The group, which is an amalgam of all the community elders in Bomadi, had inquired if the former governor had stepped down again for their Senator James Manager at his recent public declaration at the Peoples Democratic Party mega rally for Governor Ifeanyo Okowa, which held in Oleh.
Allaying their fears, Dr. Uduaghan said: “I have not stepped down for anybody and I am not going to even contemplate stepping down for anyone.
“In fact, I have put my hands on the plough and there is no going back.
“By the grace of God, we will be in Abuja in 2019.
“It was in the interest of President Goodluck Jonathan’s votes from Delta that made me withdraw from the race, last minute.
“The stability of the state was very important to me.
“I needed to concentrate on the state and prepare it for a peaceful transition.
“Otherwise, I had all the machinery to win the seat if I had so wanted it like I do now.”
On whether he was scared of opposition, Uduaghan said: “I have paid my dues in stemming ethnic violence and militia uprising in the creeks to deserve the senatorial seat.
“How many people can make such sacrifice?
“How can somebody who has fought plenty political battles as a serving governor be scared of anybody?
“That is very laughable to me.”
The visibly relieved group, buoyed by the news, broke into dancing and singing in Ijaw.
All the leaders of the group who spoke agreed to throw their weight behind Dr. Uduaghan’s senatorial bid, because, according to them, Delta South Senatorial District is ready for a new beginning.
They said Uduaghan is the new beginning.
They believe when he gets to the Senate, the district will get qualitative representation and he will empower not just his Itsekiri people but also the Ijaw and Isoko people as he did when he was a two-term governor of the state.
England said: “We had tested your capacity when you were governor we know that the Ijaw nation benefited from your administration.
“Our son, the current occupant of the seat, who has been there for four, tenures has tried his best but it is now time for a new beginning.
“It is the turn of the Itsekiris based on fairness and equity.
“Your Excellency, you are the new beginning for Delta South.”
The senatorial hopeful revealed that he and his family had heard from God clearly in January 2018 that victory was sure for him at the polls.
He used the opportunity to assure all his supporters, friends and well-wishers that plans for his campaign would soon roll out in a massive dimension and everyone would be carried along.
Delta State Dr. Emmanuel Eweta Uduaghan Governor Ifeanyo Okowa Peoples democratic Party President Goodluck Jonathan Revd. Gbenekuru England Senator James Manager
Share. Facebook Twitter Pinterest LinkedIn Tumblr Email