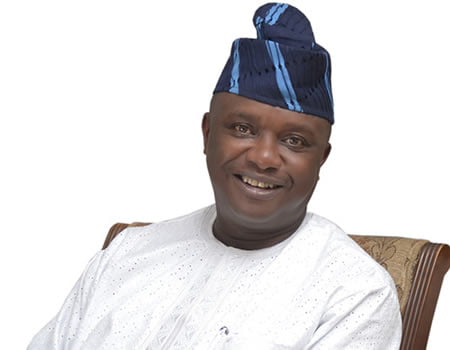 Senator Babajide Omoworare has been appointed as the Senior Special Assistant to President Muhammadu Buhari on National Assembly Matter (Senate).
Omoworare is to replace Senaotr Ita Enang who held the position for the last four years.
In a statement made available to our correspondent and personally signed by Omoworare, the Senator said the news of his appointment had been communicated to him.
He said: “Mr. Femi Adesina, the Special Adviser to the President of the Federal Republic of Nigeria has just announced my appointment as an Aide to Mr. President for the National Assembly (Senate).
“I am grateful to God Almighty and to His Excellency, President Mohammadu Buhari for the opportunity to serve his government as his primary liaison with the Senate.
“I gladly accept this rare and coveted privilege to advance the administration’s legislative agenda, promote its policy priorities in the Senate and foster Mr. President’s constitutional responsibilities in the National Assembly.
“As I resume the helms of President Buhari’s Legislative Office team, I am aware of the importance of ensuring a more productive working relationship between the Executive and the Legislature.
“I have spent the past two decades working passionately as a parliamentarian, policy strategist, legislative strengthening advocate and lobbyist.
“Therefore, it is my sincere but humble hope that that my knowledge, expertise and network of contacts in the National Assembly will be positive and outstanding resources to my new Office, this administration and the Nigerian nation.
“In pursuit of building further blocks in the Executive/Legislature relationship, I shall lead a team that will rely on the robust experience of the National Assembly leadership as well as the cooperation and cohesion of all the Distinguished Senators and our Honourable Representatives.
“I also look forward to a mutually satisfying relationship between the National Assembly on one part and Ministries, Departments and Agencies on the other part, as we toil towards accomplishing unparalleled achievements for the Federal Government, as well as guaranteeing good governance for the People of the Federal Republic of Nigeria.”