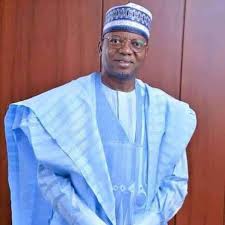 For yielding to calls by Nigerians to disband the Special Anti-Robbery Squad, the representative of Niger East Senatorial District, Senator Mohammed Sani Musa, has commended President Muhammadu Buhari and the Inspector General of Police, Mohammed Adamu, for the prompt action taken to disband SARS following their abuse of power and brutality.

This was contained in a press statement he issued on Tuesday and made available to Journalists in Minna.

Musa said the President’s irective to the Inspector General of Police to immediately dissolve the SARS, which already Adamu has done, was a welcome development.

According to the lawmaker: “The SARS has been the topic of many discussions, particularly with regards to human rights violations and police brutality”.

“We were recently on-lookers as Americans gathered en masse to demand police reform, many of us shared the hashtags and the frustrations, but these same issues are occurring here at home and Nigerians have decided that enough is enough.

“The evidence against SARS is not short of damning, from reports from Amnesty International to videos and witness statements that indicate not just a flagrant abuse of power, but a societal menace that affects everyone.

“Despite multiple previous attempts to reform SARS, there is overwhelming evidence to suggest that the unit remains a danger to the people it was created to protect.

“Throughout 2020 our focus has been on addressing and cushioning the effects of COVID19 – a disease caused by a virus that we cannot see. However, more recently, Nigerians have gathered in their thousands, across all regions as a united force, to combat a virus that they see and fear daily.”

The Senator, who is the Chairman Senate Committee on Senate Services, also called for the reform of the Police and by extension other security agencies in the country should also aim at boosting their efficiency in delivering better security cover for our people.

He stressed: “The first step to change is acknowledgement. Nigerians for embarking on this cause, and I anticipate an end that will reflect the government’s commitment to protect and secure its citizens, noted that history will remember those that answered the call of the masses.

“I applaud our youth for leading the movement and exercising their democratic right to peaceful protest. I urge you to continue on the path of action taking as this is how nations are built. I commend you for your resilience. I stand as an ally in this movement as a Nigerian first, but also in my capacity as a lawmaker.”