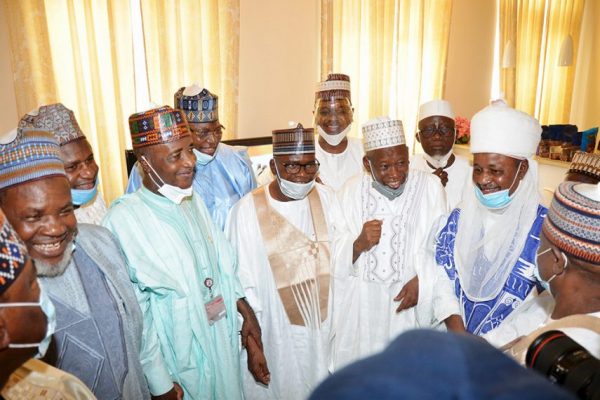 The occasion, which started by 2:45pm, was well graced by former and present Governors, Ministers, Senators, members of the House of Representatives.

Speaking at the ceremony, Yahaya prayed for Senator Goje, the leader of ruling All Progressives Congress in his State.

He said: As our leader, I pray Allah, Subhana WataAllah, will guide him and we wish him well in order to manage leadership with his wife.”